I think there should be a new alien that does not need oxygen and pressure doesn’t effect it but it moves very slowly and can’t be turned into a robot but they should also have more protection but not able to have needles put in them.

yes, but you can only play as them when you die

yes, but you can only play as them when you die

During last halloween players had the option to spawn as cloth golems for their setup character screen. You can also choose to play as regular golems in the ghost spawners menu should they appear, which lets you be one at effectively roundstart.

A while ago I tried to petition for “Podpeople” to be added as a default race option (mostly because I love the flowers/plants aesthetic). Currently Podpeople also exist in the same way as golems do, either as a Ghost Spawner role or as a late-game player-made spawn. Podpeople are extremely overpowered in that they can heal quickly from simply being near light but have weaknesses such as being vulnerable to fire and plant-killer sprays (similar to the weaknesses and strengths a race such as golems have).

This discussion of me trying to petition Podpeople to be a base-game race ultimately lead to the discussion that they were quite overpowered in some fields and would be better off staying as either a ghost spawner option or a rare late-game role similar to golems.

so no new aliens to play

I mean suggestions are always welcome for new races, it’s just that you (perfectly) described a race that already exists in the game.

If you want to petition golems to always be a roundstart selectable option then that’s another discussion.

Golems aren’t well-balanced for a roundstart race; we tested all the races a few months ago and enabled all the ones that were not significantly better than humans (hence why fly people are enabled).

Yeah I just learned that a couple days ago, one of the other mentors told me of this when it came up in passing conversation which I’m eager to try someday.

how about orange men? just humans, but orange.

im not sure if this would be a place to post this, but i feel as tho the moth race in TG is use full of negatives and only one simple positive. Does fulp have a different moth then TG, if not could they get another simple positive or at least less negatives?

positive is moth brotherhood. same with other races, non-humans stick together. 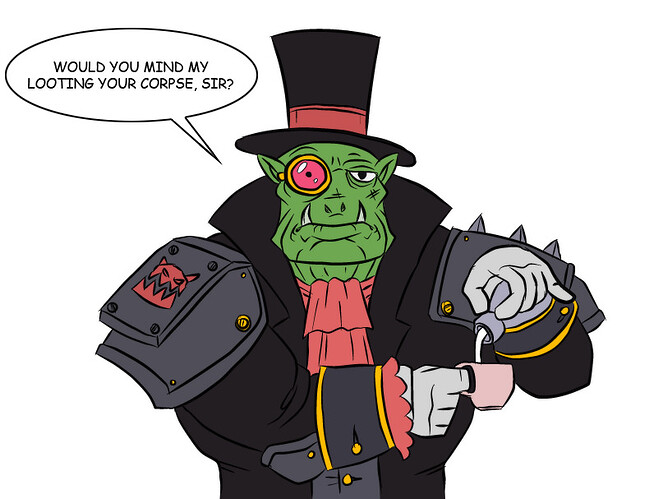