What happened:
I was following a traitor around trying to get a picture of him next to a body for my photo album, when the HoP tries to attack him and gets beheaded. The traitor flees the scene and I start sorting through my photos when Mr. Cruelty strips the HoP’s (probably) revivable body. I try to stop him by grabbing the bag and taking the telebaton, but he gets the telebaton first and runs away.

I start chasing him and attacking him to try and return the HoP’s things, so it can at least be put in a morgue tray with him. An officer sees me attacking this assistant and mistakes them for the real HoP, handcuffs me and runs off to the escape shuttle without bringing me. On the shuttle I have to convince someone that it wasn’t the real HoP before anyone will uncuff me, but security does nothing about him clearly having the HoP’s belongings. 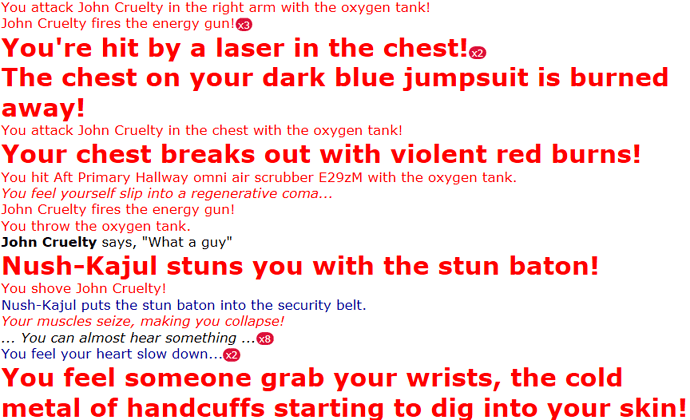 this was handled, thank you for the report