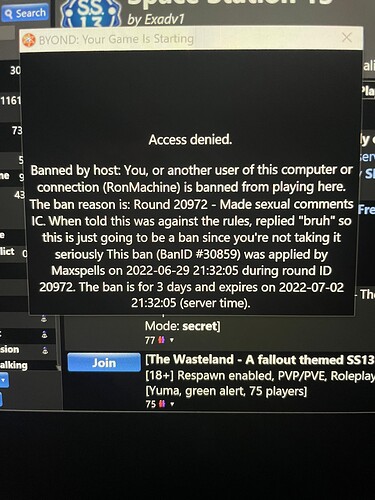 State your appeal:
Was banned for making “sexual comments” as if I was role playing or grooming as the rules state whereas I was clearly making a joke that included the word “sex”

The rules don’t say “no grooming and no ERP” - it says no sexual content. I suggest you go read them. This is denied.