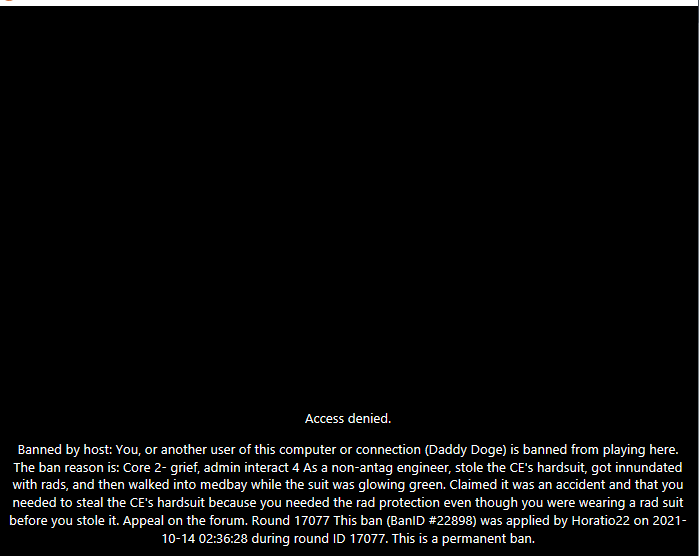 The round is still in-progress, we ask that any grief patrols or ban appeals wait until after. Unlisted for now.

Considering you lied in your previous appeal saying you’d change your name, there’s no way I can trust a word you said here.

Denied. You can appeal again in one month.

For the record, misrepresenting your ban reason on reddit and accusing us of islamophobia is not how you get your ban appealed.