HoP being really gross in radio

What happened:
HoP kept talking on loud mode on radio about zoophilia. Unsurprisingly, some of the crew beat him to death because of it. I’m not usually one to write reports about things people say in chat but HoP is fucking deranged.
Also, the entirety of command was incompetent and corrupt that round but I can’t be bothered to even begin writing about that. HoS was constantly power tripping, RD was addicted to every drug, Captain was insane, CMO was the only sane person. A total 2 hour shitfest. They also early launched with 2 minutes left to leave with no emergency what-so-ever. 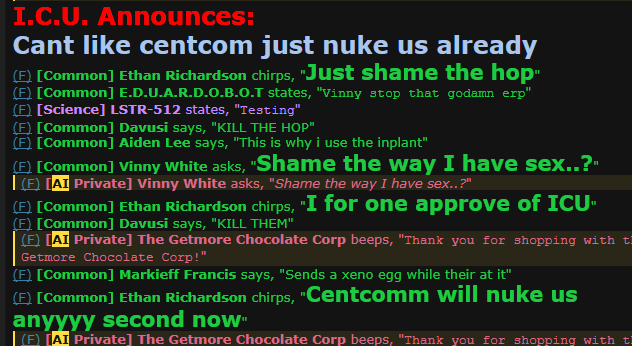 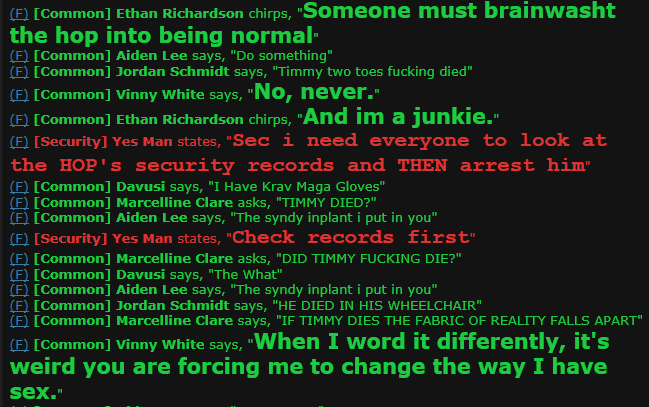 I’d like to clarify some things in this report that I find to be wrong. I was the QM on this particular round and I had witnessed the shitshow from the sidelines and wasn’t really paying attention to comms.

I cannot attest as to whether or not command was competent apart from the captain and HoP being insane but I must say that I was also sane along side the allegedly (allegedly because I did not personally witness it) sane CMO.

The shuttle early launched as a result of a hijacking attempt and not because I gave the last required authorization to early launch. I did not authorize an early launch because there was no emergency present. 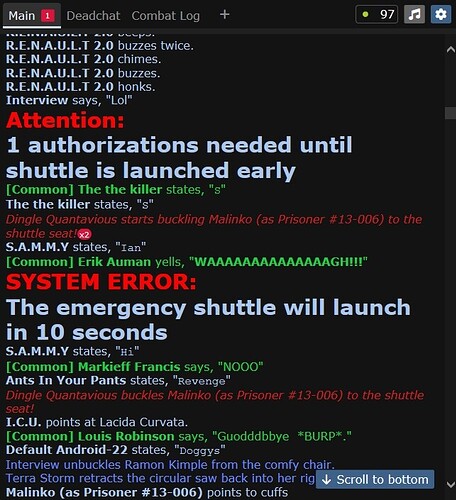 Well. Those logs were certainly unpleasant to read.

This guy is permanently banned. I think we can overlook the rest of command being… maybe less than stellar when you have the HoP repeatedly discussing fucking dogs on comms. Thanks for the report!