What happened: Joe ‘Clay’ Moore was a roboticist traitor which subverted two borgs and the AI. There were several fights with them; however, later in the shift the borgs (STE-B and another one I forgot the name of) N2O flooded and plasmaflooded. He also subverted the AI to have a modified version of Oxygen is toxic. He did not have any objectives to kill everyone.

Later in the shift, engineering cyborg-333 helped to plasmaflood more opening firelocks during existing fires, when they were subverted to Veek-El.

Unclear whether it was the master’s orders or borg’s decision to flood the station in both cases.

Finally, someone grief bombed on the shuttle. I have no idea who.

Quicklime III was carrying around a Canister of some sort, and eventually released a clear gas which they eventually moved away from, probably knowing what it was going to unleash. 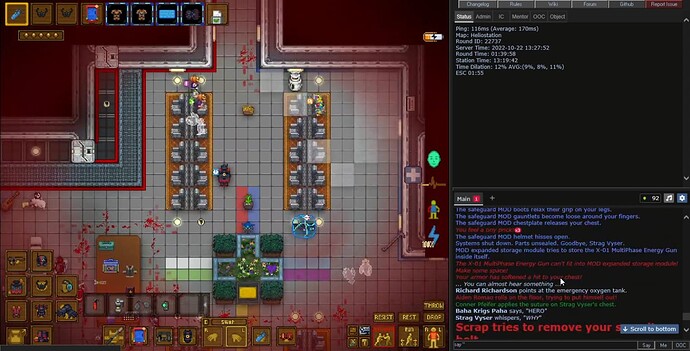 Furthermore, they were destroying windows on the shuttle with a fire axe. 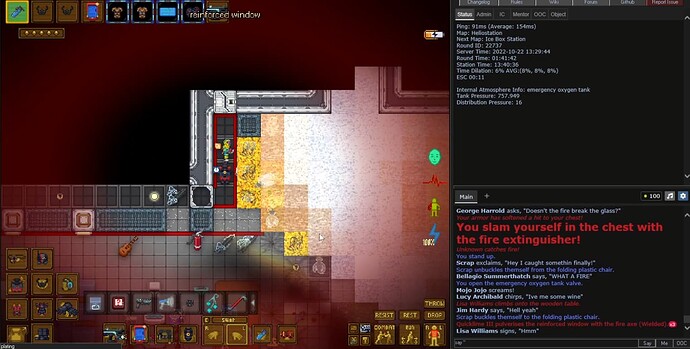 This has been Looked into. Thank you for the report specially with the lovely screenshots