Here is them with their Engineering gear and a fireaxe, breaking into the bridge and bolting its doors open; 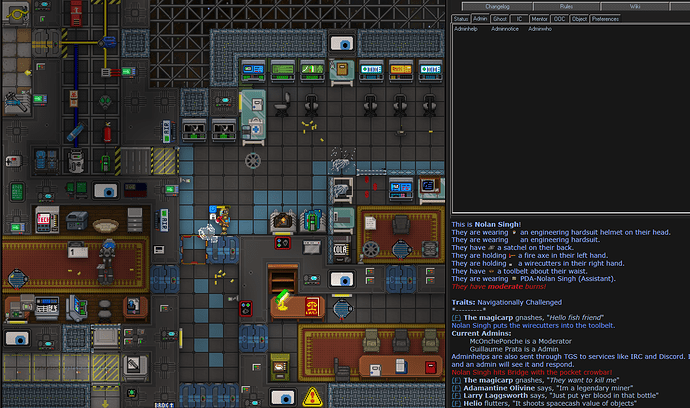 Then they broke into the HoP’s office to try to steal access from their console, but it wasnt logged in; 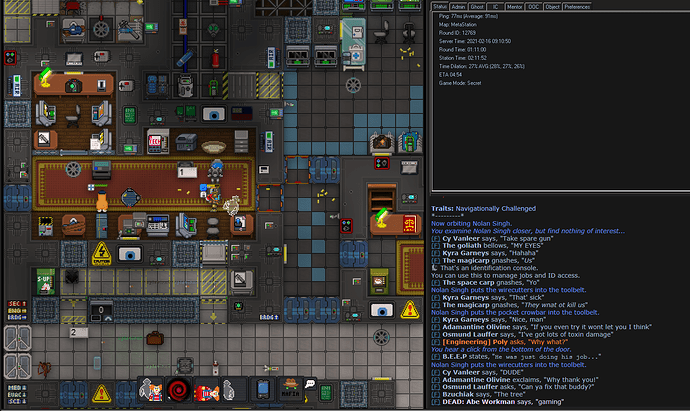 Then they broke open the HoP’s locker, took their gun, and later told the HoP that they were just ‘looking for guns’; 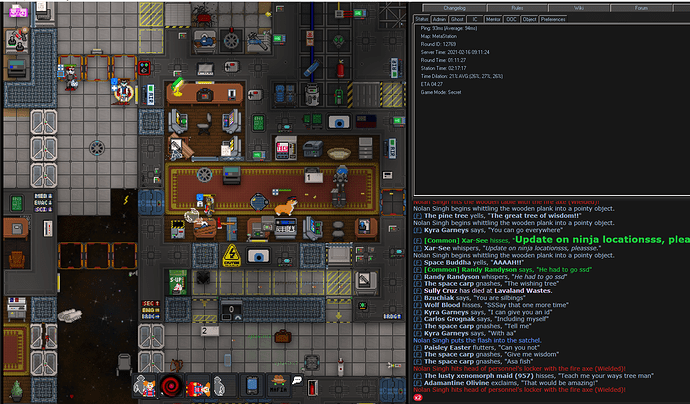 I very likely should’ve just ahelped this in round, but it was rather near the end of the round, and I was taking screenshots. I thought it would be preferable to grief patrol so I can also show the evidence clearly since a claim like greytiding takes a little more effort than something like murdering someone

that guy was also stealing command comms in round 12772 for whatever reason aswell, and i think self antagged some more cause i think vae called him a traitor? could be wrong

They did the exact same thing this morning. When I went to stop them they shot me dead. They were non-antag.

How unrobust of you, sir.

Dealt with, thanks for the report :)