I was on the Emergency Shuttle’s cockpit, because I was returning a handtele and Captain gloves I found on the floor after some guy dressed as the Captain suicided by gibbing themselves with the shuttle. After that, the revenant showed up and, by using their abilities, broke the shuttle’s glass, so I had to set some holofans (as I was an Engineer) to keep the area safe and to avoid the depressurization of the rest of the shuttle.
Then, when I was just in front of the airlock, Eva Trounce, the Head of Security who was not an antagonist, started attacking me with a circular saw until they killed me. Then, this cyborg started drilling me until they beheaded me, this causing my body to burst into flames and setting more than one person on fire.
While I understand that the shuttle’s cockpit is a restricted area, I was there because I had a reason to and, still, I got randomly murdered and beheaded with no reason at all. 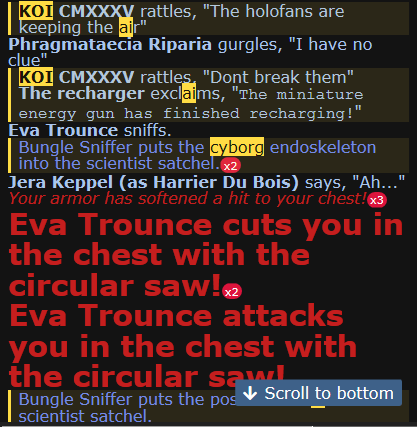 Eva Trounce when they started attacking me with the saw. 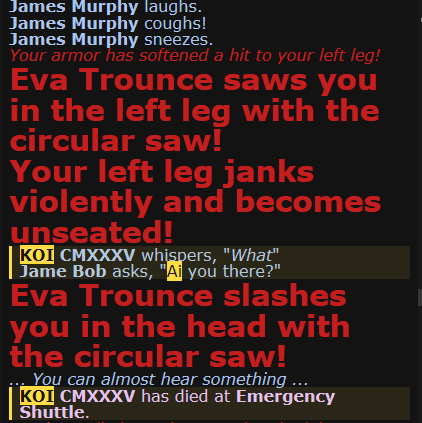 Eva Trounce when they murdered me.

The cyborg laws at the end of the round. 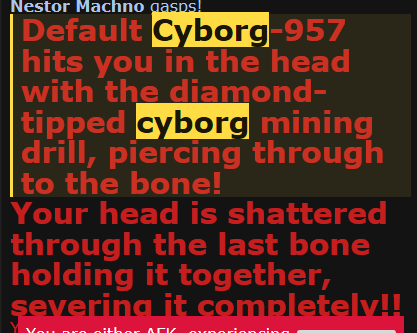 The cyborg beheading me.

you were like one of 5 people in the bridge of the shuttle while it was being hijacked, as a non antag no less

I was setting holofans to avoid depressurization as it is part of my job, but, in case it’s valid, I still got beheaded by a cyborg who also caused more than one person to catch fire since I was a plasmaman.

sorted out, thx for reporting