I was sec-chaplain due to cultists on station - namely in cargo. I was going around down the main station halls when I spotted a cargo person that wasn’t mindshielded. So I moved in to apprehend them, but when I chased the a bit they pulled out a gun and shot at me. When checking their bag after their death they had stacks of ammo and the gun. After round ended they didn’t show up on the antag list. 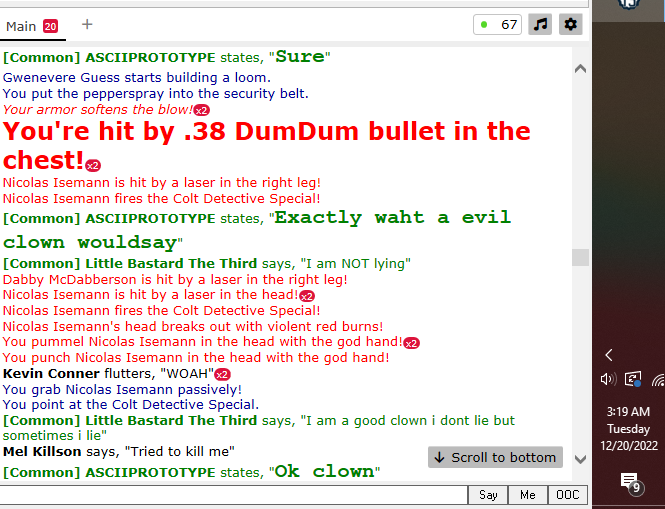 this person was perma banned through another round so this is technically handled. sorry about your ouchies