It started near 1:19:00 round time. I saw a group of people coming out of the chapel, and they went to the north hallway. We were in red alert and I followed them if I could find one of my suspects. We were a ling+traitor round.
They started to bash the entrance. I warned the security channel about an ongoing riot. I was distant, not in whisper range of them, then an engineer and a miner started to assault near soft crit. They left me and kept attacking the entrance. Nanites healed me, and I fled, still warning security.
They broke into the brig, I watched it far of it in front of cells. They built an electrical grille, separing the brig and the armory. One officer came, and I followed him. Vae joined to.
They have looted the armory and had shotguns in hands. They started to shot at us but we managed to fight against them.
Altough, one of them may have been a changeling since I had a confusion sting that made me drop items. But I doubt 8 of thems were changelings.

In conclusion, two died during the fights. 3 were brought to the crematorium, because the chaplain probably incited the riot (Capital crime) for his “Blood god” as some of the rioters had the hooded robes. An engineer and a miner were also killed because when I’ve been stung, I was near these two. We had the Captain’s Approval (Booker) to execute them if needed + we were in red alert.
The others were left to be healed and sent to perma brig.

Now. I don’t exactly know which one was the changeling if there was any, but I also suspect that the chaplain is the one that sometimes creates a violent cult roaming in hallways, beating people who don’t join them as I saw/heard in other rounds. They had the hooded robes too.

Here are some screenshots I’ve made. 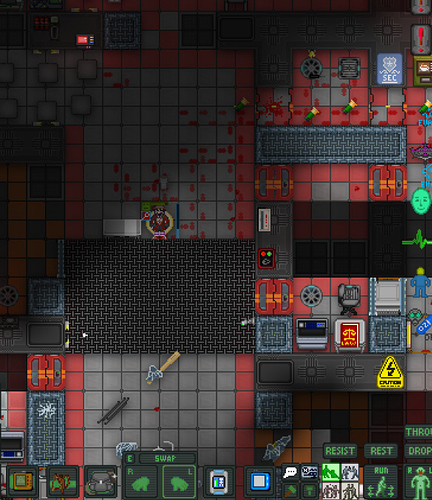 One of the rioters 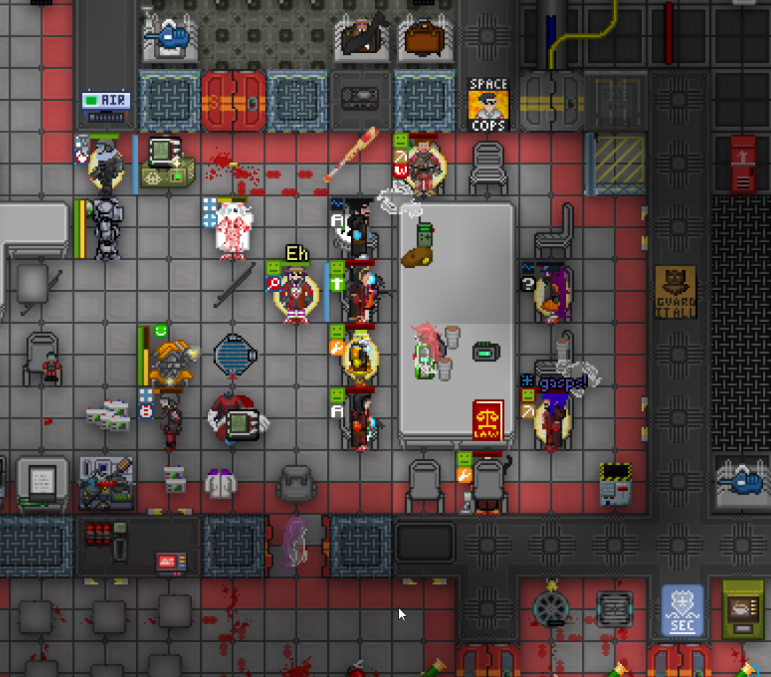 Looking into it, this one may take a while.
EDIT: Sorted, thanks for the report!