Medical Cyborg-266 was a Mediborg that I believe emagged a medbot, set the announcement console to spam ‘Penis’ with chinese symbols (which crashed my game more than once), and bolted/shocked Law Office, set it to emergency access, and closed the shutters while an Intern Assistant was inside of it, nearly killing them.

Later Marvin the Mediborg was messing with the Vault, THROUGH THE WALLS, they were in maints to the left of it, and had bolted/shocked the door leading to maints where they were.

They were both Mediborgs, but because we deconstructed them, they didn’t show up on roundend report

However, not a single emag was purchased 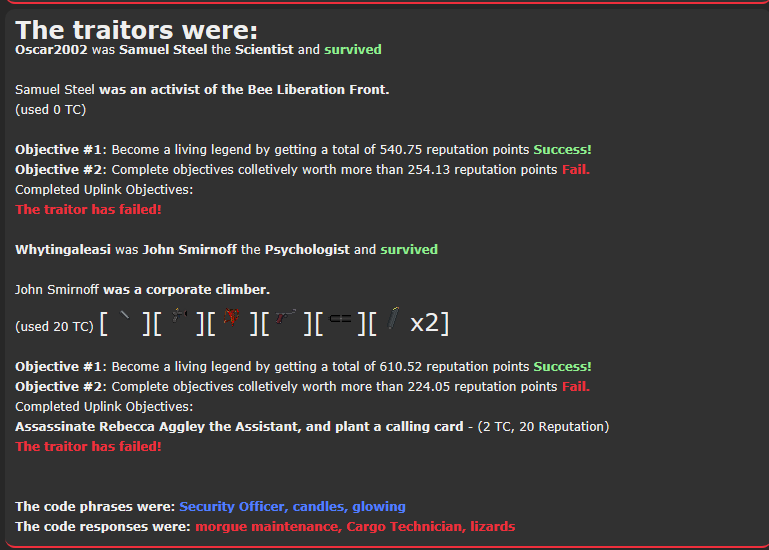 I think both mediborgs were the same person, and was using some cheat client, and was probably that one youtuber who likes to upload themselves hacking on fulpstation.

I ahelped in round but there were no staff online.