Saw him inside sci wearing an armor vest and having a disabler on their vest. Since they were an assistant this was shifty, so as the Sci deputy I got his attention and asked him where he’d gotten all those from and how he had gotten in: 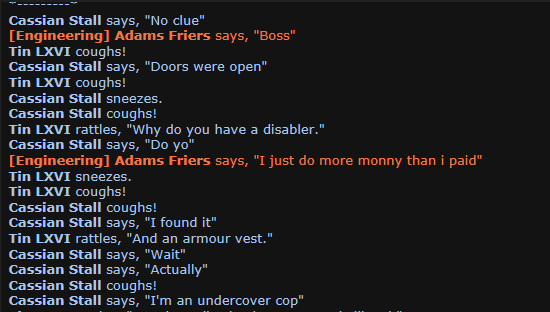 He tries to sell me a story about being an undercover cop. I don’t believe him and tell him we’re going to the brig. 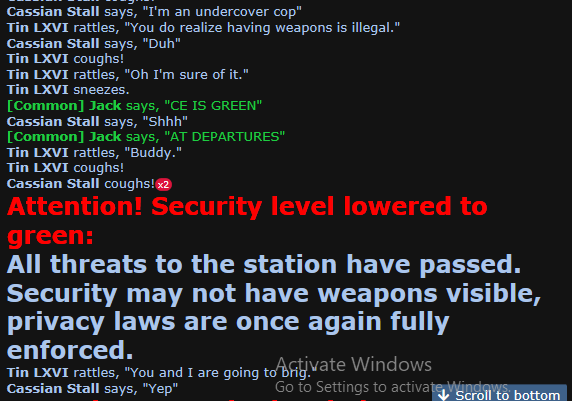 Then, he proceeds to knock me down with a telebaton he got from somewhere and uses the disabler to stam crit me. Then proceeds to cuff me, steal my ID and leave sci, after which I didn’t see him again. 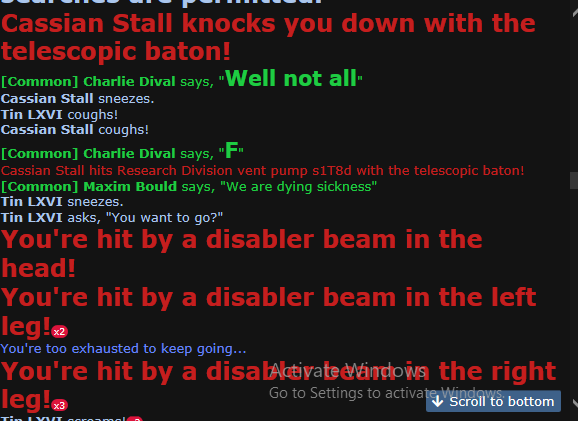 They weren’t on the round end report as far as I could see, so I imagine they somehow stole that telescopic baton, the disabler and the armour vest for no real reason, tided into Science taking advantage of doors left open and cuffed me and stole my ID when I tried to detain him, all as non antag.
Admittedly, this was near the end of the round, so it wasn’t as bad as it could have been, but still.

I have investigated and handled this, thank you for the report!