Sherlock (psychologist) asked me if I want a session. I said sure because it is nice to rp, I like doing that on fulp. I noticed on my hud that there is a deputy hidden in a plant so I asked about it but he said that it’s only my hallucination. I was curious but ok, I can whisper or just say it, it wasn’t that personal. But then he said that lavaland vacation is nice and after my refusal he said that “then stay here, we definitly have NO vacation planned”.
After that deputy dropped a plant and flashed me twice. Sherlock in a meantime was trying to strip me. I called for help. Maya continued to attack me with a disabler. I couldn’t move, Sherlock got my suit off and was trying to put a straight jacket on me. I was still calling for help. I managed to move and break free of Sherlock’s grip. He had no time to put that jacket as I moved around. I managed to shove Maya and take the disabler away from her. I used it to stun Sherlock but gues what - it had no more energy to stun Maya. I was still calling for help. Sherlock yelled to “do not resis”. Then I picked up and threw that jacket away I had no access, I couldn’t run away. We were shoving each other. I managed to shove Sherlock onto a table but Maya still had the flash and used it on me. She was using it one time after another. Finally hope came into the office. Teli Wynter came into and was trying to get me out of there. Maya took her baton and stuned brave person saving my ass. I got up and shoved Maya knocking her down. I took her baton and used a maintenance to get out of there dragging that deputy with me and stunning her ass until I came to the medical hallway right outside the viro where Nicole Vonel-Saito, Maz Ah, Kiyomi Nobuhara and Chiemi were waiting for me. Sherlock took the deputy away and was trying to convince them that I am crazy and I went there just to assault them. Fortunately people didn’t try to jump on me and do anything bad to me. I dropped the deputy’s baton and went into hiding with Kiyomi and Chiemi.

I don’t think they were antags but I am sure that I wasn’t a target… none had me as a target I heard that Maya killed somebody round before that just for fun. 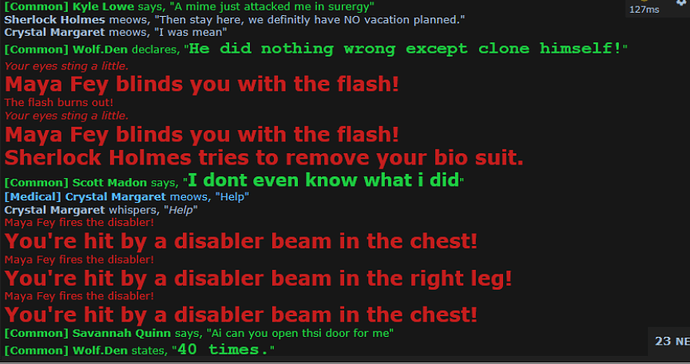 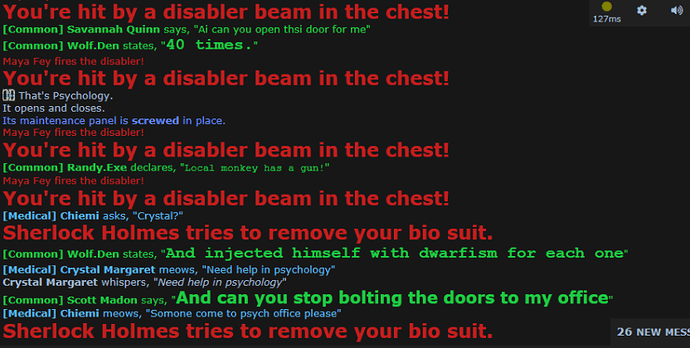 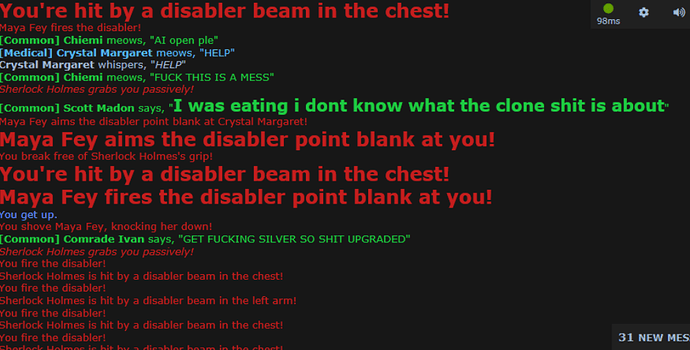 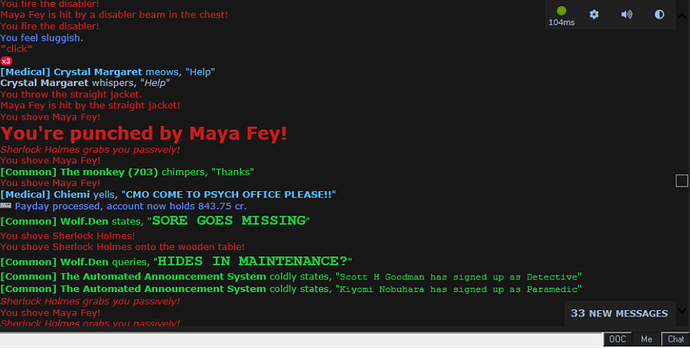 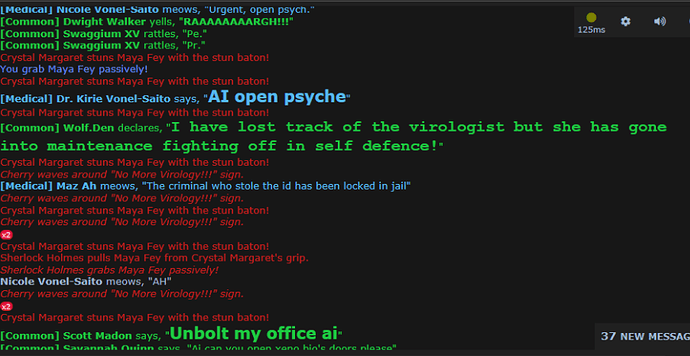