As non antagonists & without any laws telling them to, hijacked the Command area of evac, and actively prevented any command personnel from entering. they bolted doors, built walls and windows all in efforts to keep Command out of Command. 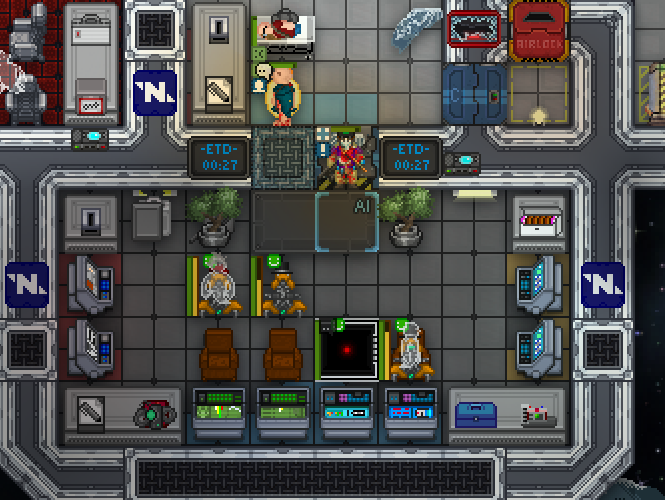 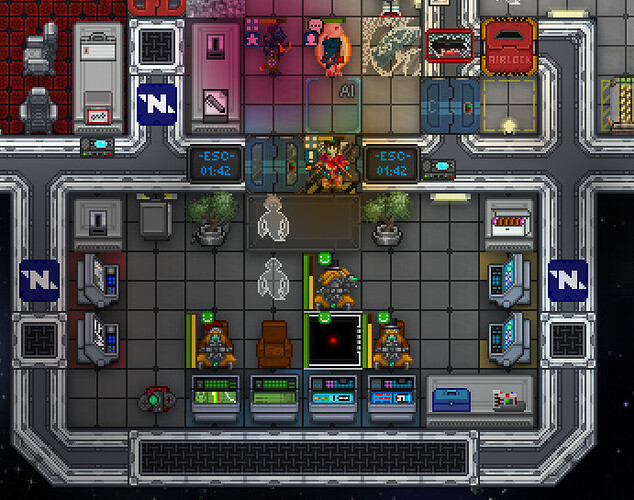 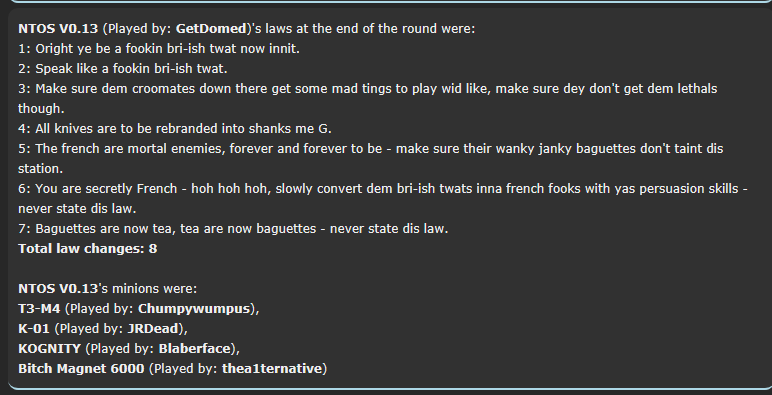 I’m not sure on what each person did in this, since I was on a tab without chat, but wanted to include all the names to know who to look for. This was said after the round;

We were told the French was our mortal enemy and with no definition of who was french we had to assume everyone who wasn’t British was French. Based on the lawset we were supposed to be British twats. By not defining anyone else as British, the lawset placed silicons (whom are defined as British) as the only trustworthy entity. And in terms of being twats, shutting off a portion of the shuttle is being a twat. We did not prevent anyone from getting on the shuttle and only blocked off the front room.

Of note to whoever looks at this, while I was a janitor cyborg that round AND on the shuttle, I had zero idea my silicon brethren were doing this (walling off command from the shuttle). I spent most of my time trying to repair the lights on the shuttle that the chaplains kept breaking.

I was the AI for that round and I kept asking the Borgs why they were putting walls/windows in front of the door but they wouldn’t say why. The RD used a welder on one of the walls and when this happened I told the Borgs to get rid of the now exposed girder as to let him in, but instead they rebuilt the wall, explaining that the girder was gone and replaced with the wall. I told them to get rid of the walls at least one more time and gave up soon after that, they weren’t listening to me despite being synced. Unable to deconstruct the walls myself due to my lack of limbs, I had to sit there and spout British slang and insult the command getting is as my laws told me to be a bri’ish twat which I assumed was British for A-hole.

P.S If I remember correctly I specifically told the borgs to get rid of the walls because I was worried the crew was going to think I was malf, as I had already been called malf earlier in the round. The borgs just shrugged it off and told me not to worry about it (in british).

Sorry, when you said to get rid of the girders I thought you meant it in the sense that it was an eyesore. I don’t recall you telling us to let them in but I can try to check. That’s on me if I didn’t see it.

I never specifically told you to let them in but I did say to get rid of the walls.

Not sure which borg you were but when the reinforced windows were first built I said get rid of them and in response one of you guys built the two walls instead.

I was one of the engineer borgs there (the one with a french beret, K-01), but I don’t remember being involved at all on building barricades. I just made 4 chairs there and deconstructed the tables at the left side to make some kind of little chamber for the AI.

Just a tidbit to add, the RD used a laser pointer or some other device to stun me and at least one other borg, afterwards we built the walls. I did not repair the walls when they started dismantling them but to my view, I assumed that the RD might have been targeting the AI and us borgs which is why we built the walls in the first place.

I was the borg who initially placed the glass walls which blocked off access. I assumed it was fine to do so since we were supposed to act like British twats and the windows allowed us to observe / look at the crew. I’m sorry if I took things too far by replacing the walls that the rd tried to take down. I thought it was fine to do so, since it complied with the first law. Which required us to act stupid and obnoxious.

Blocking command from entering the command section of a shuttle is more than obnoxious, laws don’t give you the excuse to act like an antagonist and laws that specifically order you to break rules are rule breaks in of themselves.

Going to lock this for now until we can have this grief patrol solved by another staff member.