Another day another grief patrol

this is them attacking me

this is my dead body laying next to a pile of dead dogs. you can see both my attackers in the picture. 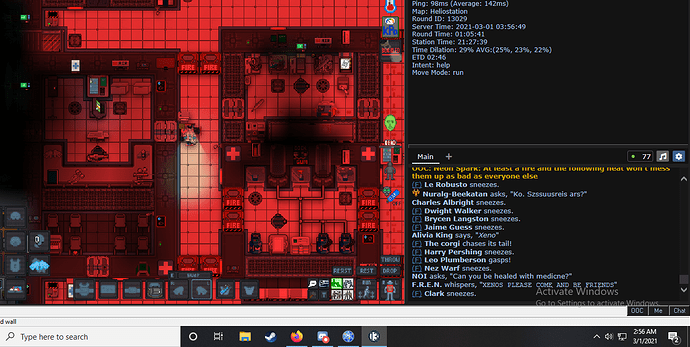 Capture 331311×661 352 KB
i never was revived. medical staff couldnt figure out that they had to put my internals on my belt slot to turn them on and kept sticking them in my pocket. this is charles albright desperatly trying to save me (bless his soul)

thank you for your time

p.s. i would like to add that the reason he was killing them is because “fuck dogs” idk about you but i dont find harming animals funny. maybe its just me i guess…

Dealt with, you clearly started it the logs show you circ sawing them 3 times before they attacked you, I dont care if they were killing non-sentient animals theres nothing wrong with that there just a bunch of poorly coded pixels. I would’ve noted you but by lying in a grief patrol you’ve earned a 3 day ban