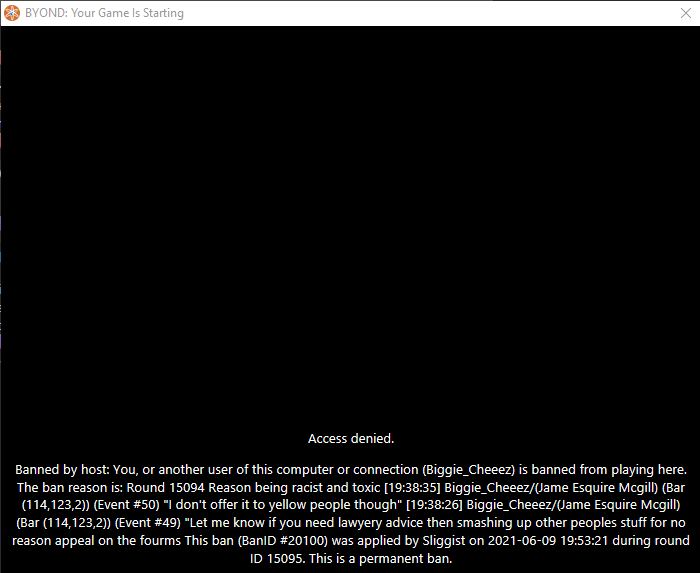 State your appeal: I was banned for toxicity and racism because I said I won’t serve yellow people it seems like this was taken as me being racist towards Asians, the people I was referencing during that round literally had mustard yellow skin. I had been messing with them all round and decided to talk shit over the radio. I see now that I could’ve worded this better so that it couldn’t be interpreted as that. Given this context a permanent ban seems overkill for a misinterpreted joke.

So you just… didn’t think there would be racist connotations with saying “I won’t serve yellow people”? Either you’re stupid or think we are. Denied.