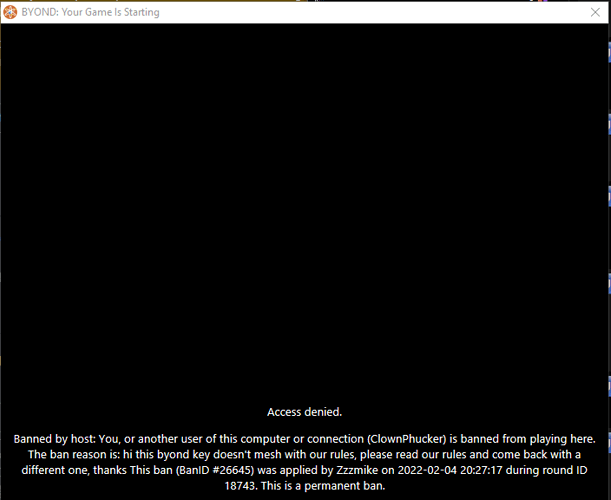 I know you said imgur, but im not making a separate account for it, just like im not making a separate account just to see the server. If it doesnt show right now, ill make an account.
State your appeal: I was server hopping, looking for an MRP or HRP server with actual conflict where i could play a cyborg with a selection of different sprites. i hopped on and was given a questionaire. I filled it out and hit send, only to be banned. I just wanted to see what code and systems the server had, i do not deserve to be banned for simply stating the truth instead of saying that i wanted to play on it fully. I didnt state anything out of the ordinary either.

Oh, i reread it. It’s because my Ckey says phuck? Fuck that then.

if you make a new ckey you can join