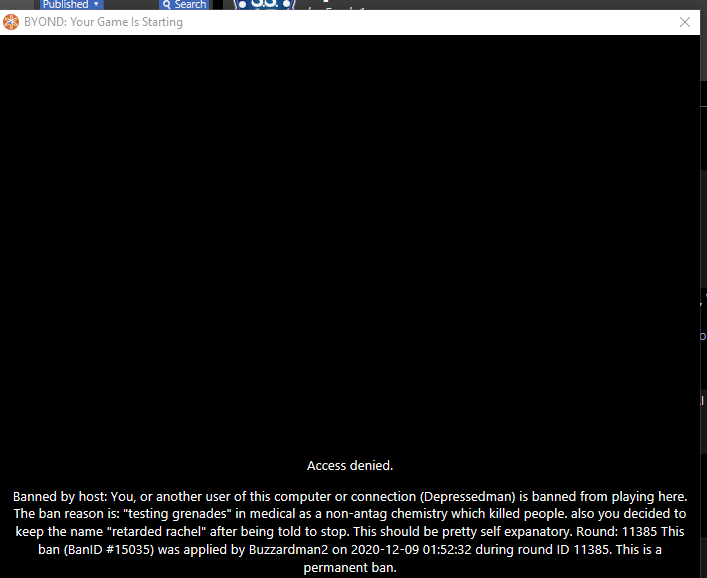 Byond name: Depressedman
Character name: Retarded Rachel
Discord name: Pope MAN#3608
Round ID:11385
1.This was the first time messing with chemical grenades. I confess I threw 2 others but they didn’t work and were only filled with space drugs. 2. Only one person died and injured 2 others. .3 Admins seemed inconsistent if my name was ok. Only 2 out of 5 or 6 admins tried to make me change it and only once did it get mentioned. Buzzman only mentioned it in the ban message. I forgot to change it as I didn’t play a round after that for the rest of the day. 4. I do understand the ban but a permanent one is too much for this. A temporary one would be better for this I feel.

Just based on your note history, this shouldn’t have been a permaban; however, the ban was otherwise justified. The duration has been edited and should expire in 6 days.

Also, you really do need to change your IC name, or it will be an appearance ban next time.