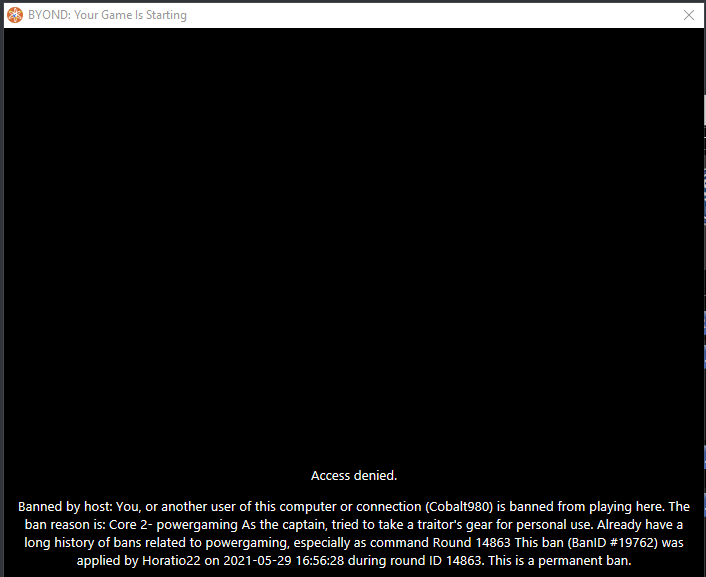 State your appeal: I asked for the traitors item to see what the last thing they scanned was and to give it to science so they could research it for tech it had been less that 30 seconds that i had my hands on it and no admin had pmed me about it i was just suddenly gibbed and banned i understand that i might have powergamed in my past but i havent been doing it recently it wasnt even my main intent when asking for the item i had no intention to use it for personal use and they didnt even bother asking what my intentions were in the first place it feels a little unfair to do so suddenly without much converstation i understand why they thought that but before they told me why i was going to get banned and what i did and even gave me a chance to explain myself

I’d like to also point out that the warden even told you that you weren’t supposed to have antag gear but that he was complying because you were the captain. There would be literally no other reason for you to not let the warden, who is supposed to be in charge of contraband, take it.

Against my better judgement, I am reducing this ban to a permanent command ban. You can appeal that ban in a month of playing without issue, and I think it goes without saying that messing up again will put you straight back at a perma. Partially accepted.