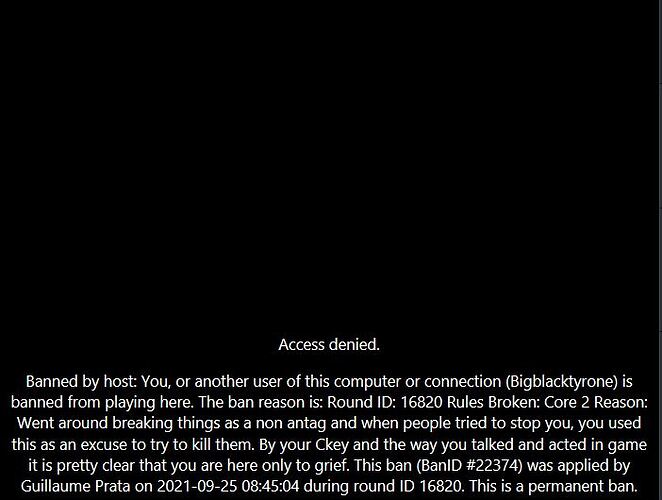 State your appeal: So pretty much this was a long time ago when I was a lot less mature, and pretty much broke every rule in the book. I was a massive dickhead really but have matured a lot since then. I am a lot less edgy now and not really such an immature person, so I would love a second chance. Also byond doesn’t let me change ckeys, and my account without a dumb name is also banned here, due to my aforementioned dumbassery. I would love a second chance but if not totally understood, just hope to prove I can actually contribute to the server after all this time.

Also I am aware that I have a very rocky history with ban appeals, and have said similar things before, so all I can really ask for here is just a final chance after almost 2 years to prove I genuinely mean what I say here, and just want to be able to enjoy the game now that I’m less of a shitter.