How long have you played on Fulpstation?
Since about December of last year I’ve played a few hundred hours on fulpstation 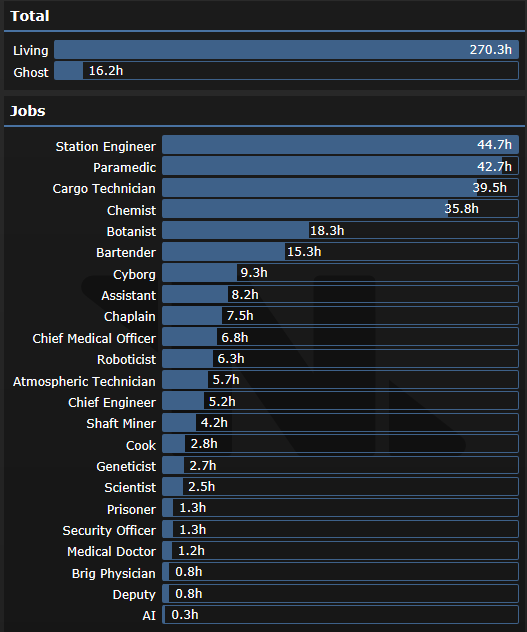 Generally, being a coder, I learn a lot of things through osmosis, so I have a pretty good idea of the capabilities and responsibilities of most jobs on the station, however below I’ll just bring up personal experience

Engineering - Former station engi main, and I’ve still played quite a bit of atmos tech + CE. Good grasp of power generation, station repairs, hacking, construction and upgrading
Medical - Adept with chemist and paramedic, with a good few rounds as CMO. Played every role besides virologist, which I’m well read on
Supply - Lots of hours in cargo tech, though cargo is mostly self explanatory. I understand drones quite well, and drone exploration is probably the most complicated part of being a techie
Service - Resident botanist bee apologist. I have a good grasp on most service jobs with actual mechanics, botany most of all
Research - I’m well read on nanites, I wrote a guide on cybernetic limbs and organs, and I’ve done a smidge of research as CMO. I understand which jobs need upgrades the most desperately and what needs to be upgraded based on my experience as an engineer, and my experience as those jobs
Coding - If I don’t know the answer to a question I can just look it up in VSC

I’m not really sure what to put here. Fulp is the only server I’ve really played on, so I don’t really have a point of reference to compare to

They only get a +1 from me if they change their dumb name.

+0.5, upgraded to +1 if you delete your stupid felinid character

You’re already a contrib so +1

your name is fuckign stupid i hate you +1

I told them to apply, so obviously a +1

Always helpful and nice without fail. +1

I have nothing but good experience with them +1

Very epic +1 would love to see them as a mentor 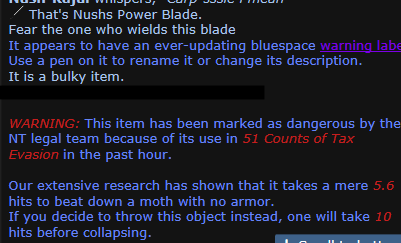 Your app has been accepted! Welcome to the mentor team