Bloodsuckers in its current state can be declared as “Playable”. Minus some minor bugs that require fixing, its all just about said and done.

Here is the current list of things that need to get fixed:

This thread is for comments about the antag, stories about encounters with them, thoughts about Bloodsuckers/Vassals/Monster Hunters, and suggestions for balance changes.

I’d also like to add a special part of the thread to discuss Monster hunters:

If playable means functional, sure, if it means actually a good idea: No.

Because dear fucking Lordy where do i start with the blatant mess that Bloodsuckers are:

1.Burn supposedly is their weakness? Nope, lower level Bloodsucker doesnt have a multiplier high enough that makes them that dangerous with all the powers they got to stomp anyone trying. And beyond that any Bloodsucker just opts immediatley for nanites or tearing through brig for the reflective trenchcoat.
2. “Just sneak up on them.” Thermals make it near impossible to catch one with their pants down, and the one minute of day that has them vulnerable basically is ultimately nothing unless the Bloodsucker practically has a death wish already, hell i doubt they would even be too phased just waiting it out on fire and maul whoever tries it.
3. Stun immunity, it doesnt bloody work, you can say what you want, the testmerges have made that painfully clear: Bloodsuckers can´t be stopped, be it all of sec swarming, someone actually trying lasers or even the Bloodsuckers being newish, that ability makes Hulked out Changelings look equivalent to a armless clown.

Those things and the fact in all 4 testmerges i seen not a single Bloodsucker seems to have managed to get himself killed and they just curbstomped everyone in the round as they want leads me to think of them just as a powertrip of the worst kind that best is left buried ultimately, MAYBE admin spawn, but dear fucking lord don´t add them even remotely as they are into rotation unless you want every few rounds to be a hot pile of shit at the whims of whoever got it.

So far my experiences with bloodsuckers include 3 spectacted game and one game as captain.

They are fucking busted in my opinion. They need the same thing that cult have when the more they are the less them and their thralls can hide. Bloodsuckers are super easily taken for other antags and since they only have one real weakness they only have to watchout for it (and lighting crow on fire seems helping them way more than us). Would be cool if they let traces that you could follow. Right now the only way I really see to stop them, since they are so numberous, is to metagame everytime bloodsucker might be on report and that’s lame, if you don’t do that it ends like every rounds I saw, with them hijacking the station easy pz.

They need the same thing that cult have when the more they are the less them and their thralls can hide.

I’m thinking possible red eyes for all thralls, so vassals will be encouraged to hide their identity and security will have a way of finding out (outside of them suddenly not having a mindshield if they’re sec)

Are we going to get their fancy furniture then can make back? I think it makes them poggers

making them pale as much as possible too

Which furniture? I saw a bunch of commented out code about it, with no actual code to uncomment, other than that there’s a candle that is currently in the game.

making them pale as much as possible too

They arent bloodsuckers, why would they have pale skin?

Gothic mansion in maint all day.

You could say it’s because they are undead, so their body is slowly losing heat in their blood.

That’s the least heavy sprite idea I have.

You could say it’s because they are undead, so their body is slowly losing heat in their blood.

they arent undead, they are addicted to blood

One thing to add from what we talked on the Discord for Monster Hunter:

Idea for the Hunter flavour text that Cale told me to archive here:

“Your mind becomes cloudy”
“With a flash of light, you open your eyes anew and catch a glimpse of the corruption growing among these walls.”
“You feel newfound resolve coursing through you!”
“Your mind floods with memories not your own, of a hunter bloodline and the mastery of martial arts”
“You feel your body cleansed from evil, as all corruption is expelled”
"A voice echoes in your head"
NOW YOU SHALL HUNT THE NIGHT!

they had 2 candle tables coffin some other shit

.Is able to kill whole of sec (If they just had welders this would be different but for the meantime has not been done.)
.Vassalizing security (I’m salty i’ve had the objective twice and both times people were salty and decided to curse me out and deny every time)
.Fix bloodsucker aswell.
This is my review thank you

Those are all in game

Not sure why people say bloodsuckers are op, all you honestly need is a shotgun and if you’re good you can take them down with the knife, just don’t let them get behind you lol 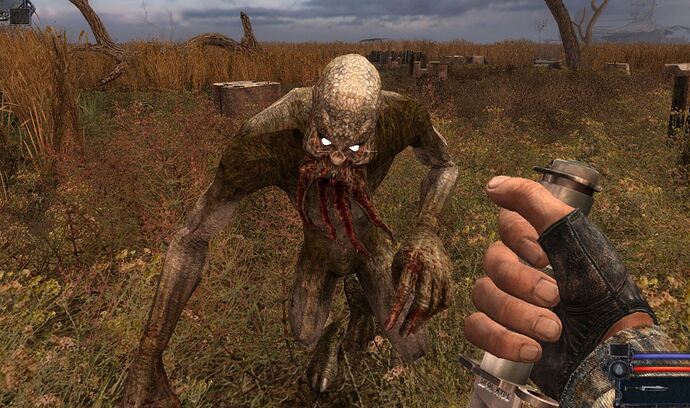 From what I remember about monster hunter they had some big problems for me:
First of all I just generally dislike “anti-antag” characters, as I feel it becomes an IAA situation where its just a few people involved with the round antag and everyone else is totally unaffected.
Second of all, iirc they were not supposed to work with sec in a kind of IAA situation, but I always saw hunters working with sec, getting help, etc.
Finally I think that since the main work as a bloodsucker is having a hidden lair you can sleep in unharmed, having someone with nothing to do but hunt you down with a pinpointer you can’t evade isn’t a great feature.

So basically I would not want hunters back in the gamemode, at least in their current/last seen state.