Buncha non-antag crew decide to mutiny, lots of chaos, im sorry to the mod who has to go through these logs

What happened: I was captain this shift, there was a blob, RD (fergus flawsome apparently maxcapped the blob and people were angry so after the blob was killed 2 non-antag roboticists (Ben Smith and Crux CF) tried to kill him in his office with mechs, i come in and kill both of them as RD is in crit from their attack. After i heal RD i go to the shuttle, then someone in a ripley mech tries to drill into the bridge of the shuttle, i crit them. Then Alter Satan walks up to me and says they’re gonna protect me and shoots me repeatedly with an e-gun, i kill them. Then Santiago Roberts, Pluto WZ, Abdi Folinski and Don Dimadon start try to break with a ripley mech and an odysseus mech(???), some of them shoot me with lasers while another tries to get the fireaxe from the case. A hulk detective, Denny Mcgroove helps me out and starts killing them with my permission. And they’re all eventually killed and the chaos stops.
Sorry if this isn’t really that informative but it was very chaotic and this was all i can make out from the my logs and memory
Edit: i put their names in the griefer account section, oops 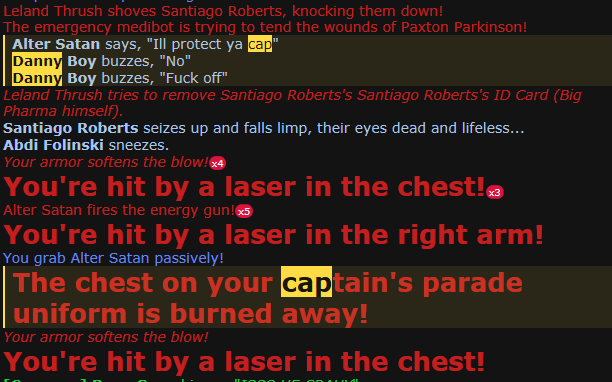 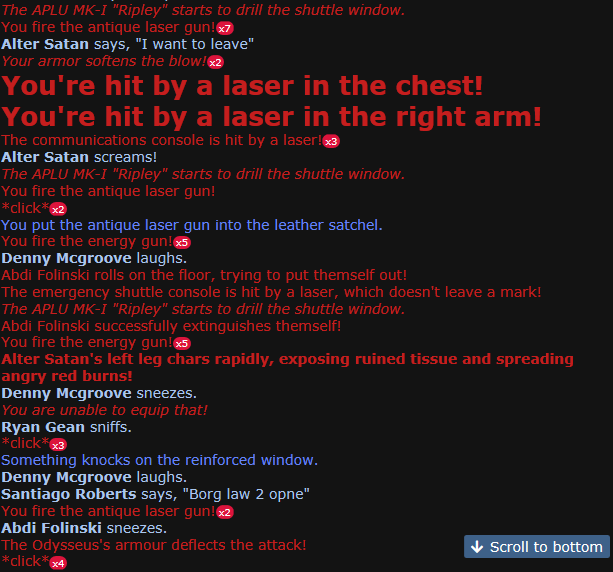 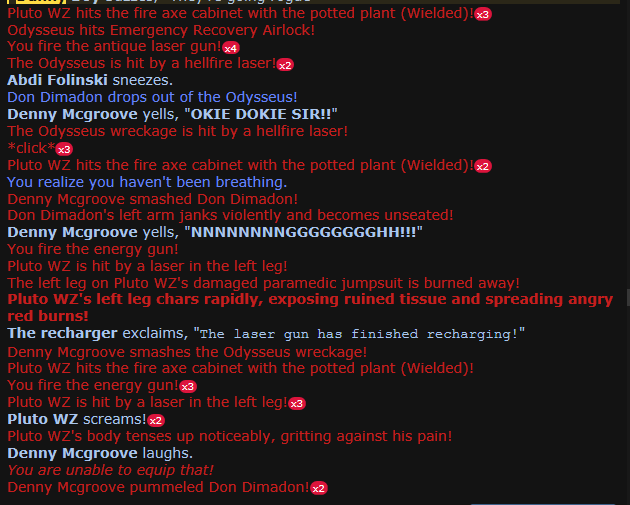 Just gonna say, thanks for all the names, you have no idea how much faster it makes the logs diving.
Cheers!

The patrol has been dealt with, thanks for the report!