Are you interested in becoming a mod?: Probably not for a while

How long have you played on Fulpstation?
Since december 2019, for a little over 2,000 hours. 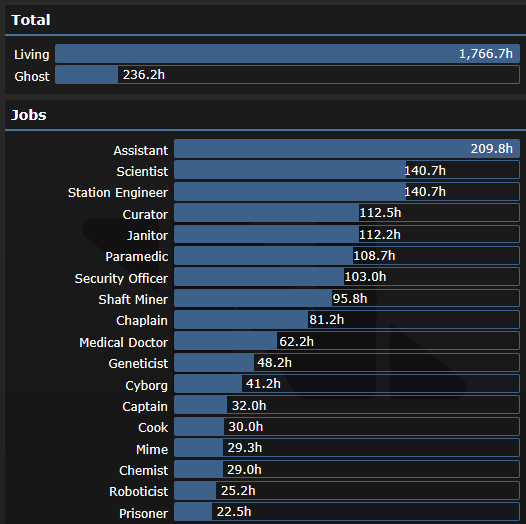 I could mentor for pretty much every department, though I still struggle with atmospherics. I’ve spent a lot of time building or repairing things as engineer, and know a lot about construction/deconstruction and steps to repair things throughout the station, among many other things.

People don’t really talk things out as often as they should. Often times talking can resolve a conflict quickly and cleanly, sometimes even in the middle of combat. Especially when dealing with a new player who might not know better, calmly asking someone to stop or what’s wrong can stop them from… doing whatever they’re doing without a hassle. Plus, you look cool on the internet.

Buster is one of my favorite people to interact with in game and on discord. I always see him helping people in #ask-mentors (even if he’s a little sarcastic sometimes, it’s always funny) and is actually pretty damn nice and helpful in general when he’s not being shitposty. He’s a pillar of the community and one of the long time regulars I respect immensely, and I think a lot of people feel the same.

I accidentally copied his ic name, but I wish I could be half as legendary as Buster Quinn Ednerly.

You got banned from #ask-mods for being a dick to a new player there literally not even 2 weeks ago.

Epic dude, always answering people on ask-mentors.
also i like his sarcastic energy
+1

can u calm down please

Listen here the government is silencing me +1

ACTUALLY no i hope buster dies -1

this guy SUCKS at bonk dot io, that is all +1

Butser has been my close friend for a super long time and I’ve never had any drama with them. Although they can shitpost sometimes theyre super nice when u get to know them

u miss pelled my name