Doot, doot, it's been one year

So the forum has been out for over a year, isn’t that cool

What’s been your favourite fulp moment this year?

Even though i cant play consistently due to my internet my favorite moment has to be the countless amount of times i’ve been recruited into sec as a perma prisoner. I always just found it hilarious that instead of all the people on the station they could go to they turn to us prisoners. Now that i think about it, i think its because were expendable

Getting to take over the Captain and HoS’ body as a wizard apprentice, together with Dwight, ruling over the station. We killed all of command, perma’d security officers and no one blinked an eye.

When the time came for the blob to destroy our reign of terror, I mindswapped into a blobber, killing multiple zombies and spores. Everyone was crying in blob chat, saying I was meta-friends with the admins, making me smile so hard.

When the wizard picked 4 mind swap apprentices and a mind swap for himself. We went onto the station and largely replaced the high command. I went as a forward scout nightmare to sabotage comms to allow the initial mindswaps to be successful but ended up getting caught in engineering, but luckily for me the wizard gang had already accomplished their goals and happened to run into the person who was dragging me towards medbay. Most fun I’ve had in a while.

I loved the singulo delaminations 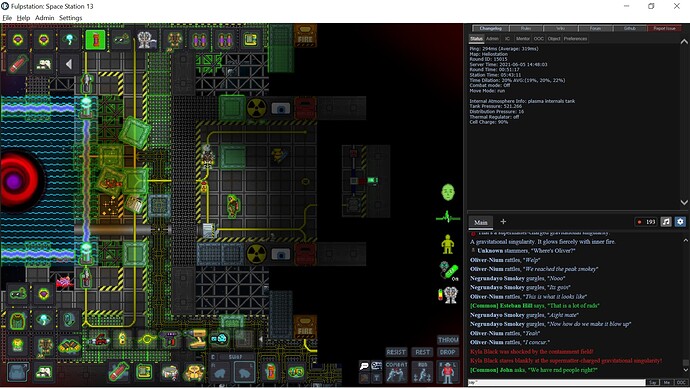 ah yes i remember that