Dutch Manly Man being a shitsec

What happened: To my knowledge, Dutch was demoted or something by the warden so I started to spectate him. He shot lethals at a deputy trying to arrest him. He then took a dying officers body, killed them, stripped them in maints and TRIED to cremate them (He was a dumbass and put them in the morgue tray instead of the incinerator). After this he got a hold of the HoP’s ID and proceeded to give himself AA and powergame etc… Afterwards he took a fireaxe and attempted to killed the HoS. This dude deserves a long or perma sec ban. 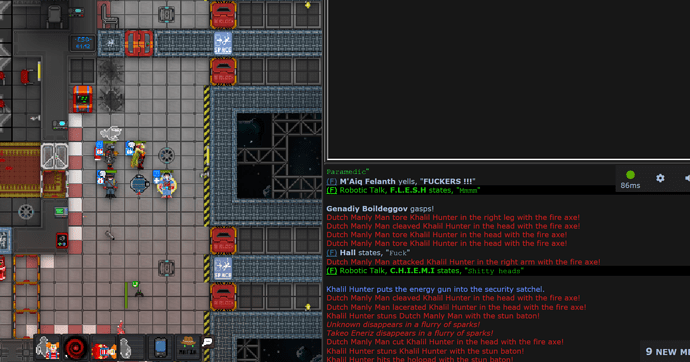 Sorted this out, thanks. Let us know if they act up again as they’ve been 3 day banned from the server.