I was scientist turned acting RD 8 minutes into the shift due to us having no RD, around 35 minutes in real RD arrived but was fine with me still being acting RD with him Free golems had stolen research for a long time from us and I was told that the ones on the station had bear trapped the mining shuttle, I told sec to deal with it but captain Shy told me I could kill them if I wanted to. Near end of round I find golem that was previously rude to me at evac, tell it to leave and start dragging it away telling it to go back down to iceland, Manus is all like “golem is cool” mass shoves me (along with john smith, but don’t think john did anything else, and shoving is not a big deal so not grief patrolling him), then golem starts attacking me, I attack back and Manus decides to beat me to crit in response.

Roughly 3 minutes before this he beat captain to crit too for seemingly no reason. Wouldn’t suprise me if there was more stuff he did. He wasn’t an antag

Here are a few screenshots showing I was acting in self defense during the golem part, they are in chronological order: 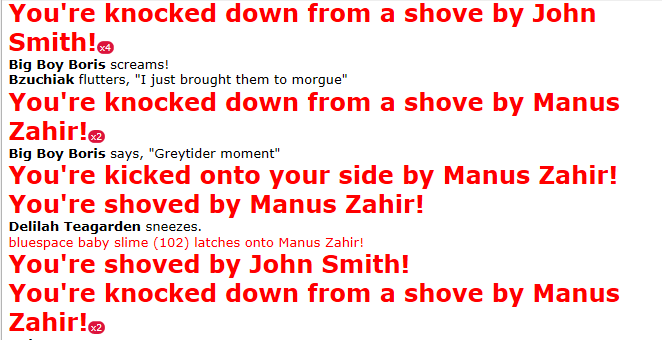 Didn’t get any other screenshots sadly