well i had just arrived as a paramed and was grabbing my usual gear. i walked over to dorms to get a bedsheet as i like the style and it also doubles as surgery drapes. i see three welding tanks just sitting there in front of the doors. as i got to move them out of the way. this dude grabby is standing there and throws a molotov. (this whole time he is wearing someone elses id and is dressed as a bartender even though he is a clown)

Capture709×92 6.93 KB
at this point i put in an ahelp and see that no admins are online so i start taking screen shots of everything. 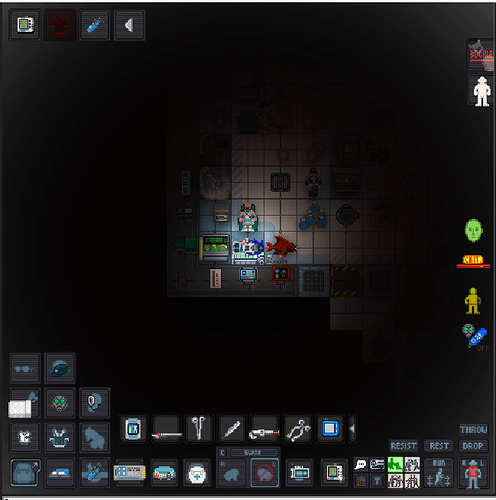 Capture 2649×654 138 KB
this is me at medical after being brought there by one of the friendly crew. im missing an arm and all. after i am revived and still armless, i walk over back to dorms to screenshot the aftermath 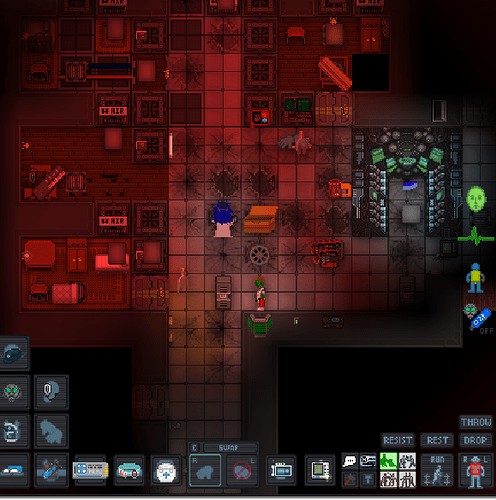 Capture 3580×584 197 KB
now i am pretty mad at this point cause this is clearly against the rules and also a crime against the station. i tell security about it and they put out a warrant. being the shitsec that they are, he is still at large and still bombing. he also blew up the bar at this point. i see him in the halls and confront him and ask him why he is bombing the station. he proceeds to just ignore me and run away like any griefer would do when they are caught. i eventually caught him and at first he denies but then after i tell him i see the flavor text on my screen of him throwing the molotov. he runs. all im trying to do is bring him to security since at this point he is a terrorist and an enemy to all the crew. this other sec officer comes up and this happens

Capture 4706×160 16.2 KB
i thought maybe they thought i was a griefer too but im really just trying to bring him in. (i told him to turn himself in or i would drag him there) but after seeing what they told them next. i am suspecting a team. this sec officer spent most of the round. harrassing medical staff and searching them in the middle of surgery and shit.

Capture 6717×271 21.2 KB
this sec officer tells the terrorist to go and hide. knowing full well that he is wanted at this point. they even go so far as to heal them (i will admit in my anger at him being a shitter douche i sawed him a few times or so) but at no point do they try to arrest they or anything. going so far as to tell me they will perma ME if i didnt stop trying to bring him in.

image771×199 12.7 KB
at the end of round he was an antag but i dont see any of his objective being :grief the station.
i have had problems with both these people before. grabby had pushed me into a crator that destroyed my body and was talked to by admins about shuttle griefing. and im pretty sure ironmonger had been talked to about harrassing medical staff while they are on the job.
if not ironmonger then Grabby absolutely needs some time away to read the rules. he plays as clown all the time and does shit like this.
Tetracor February 15, 2021, 7:43pm #2

i would also like to add that alot of people have a problem with ironmonger and they are generally a prick to everyone. the very next round they were playing a security officer and was riding around on a medical borg. effectivly giving themselves aa and was over stepping hos. if not teaming then this person is powergaming and metagaming all the fuckin time. i think alot of people have had some pretty bad interactions with ironmonger. juust look at the last few grief reports