Robbie Epimoni,then a beefman, used tears to tide into bridge at least once that I personally observed. Later in the round while the wizard was doing nothing and Bubblegum had found their way onto the station, he teleports into the bridge using a teleporter portal. A small scuffle to get my obviously stolen hand tele back, and we have the following exchange. 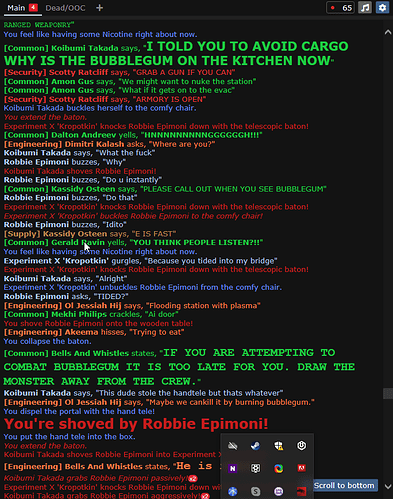 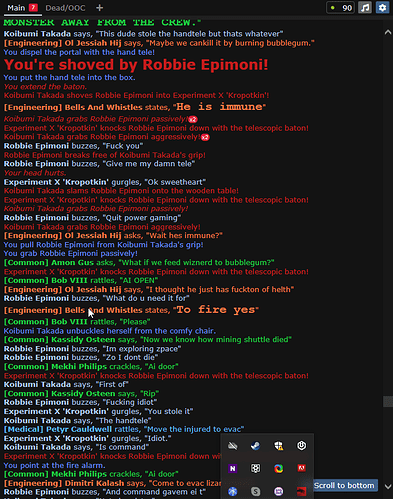 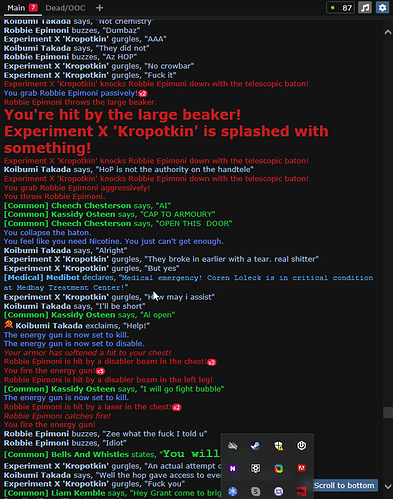 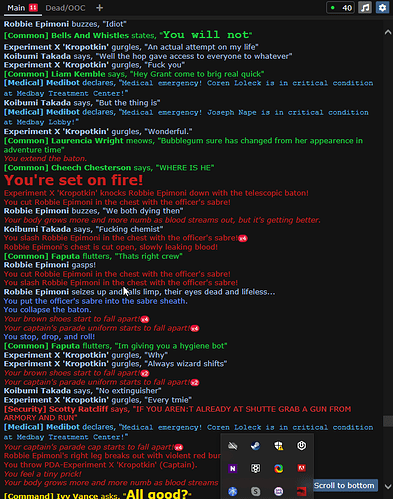 Immediately after being removed, they use the AA(or maybe just command) access to run back in and attempt to kill me with a beaker full of flammable material, and a lighter. I kill them, and then later almost die from those injuries, as we were trying to evacuate from the megafauna slaughtering the station.

The HoP, Judah Focell enabled this little adventure and found out from the round and after the round that they were giving anyone whatever access they requested, who knows how bad it was.

I was about to do a Grief Patrol of the same.
This chemist had Command access and used it to steal the handtele and break into EVA for a Space Suit, then teleported into the Bridge and, well, then comes the rest of the images and explanation.

Dealt with, thanks for the report