Grief Report : Two borgs kill on reporter, one gibbed me, the other I saw during observer

While the station was under a virus and I was helping some peoples in crit I end up in crit on the floor then come Security Borg-672 he cuff me (for some reason) then put me on his back to arrival, then he goes to lavaland with the pod here. Once in lavaland he call the shuttle back on station then he put me on the floor then harmbattoned me, without explaining why.
Finally once I’m dead he recall the shuttle to lavaland gibbing me and removing me from the round.
I though it was a sign of AI being malf but once I checked once dead he was vanilla reporter…

image917×425 29.9 KB
and told to himself he did a good job “Deleting enemy of the company”, without proof
He has clearly broke his laws and server laws concerning borg, while breaking server laws about removal of the round.

Sadly I don’t have a lot of game screens for that one
So now I’m a ghost and I observe the round, the shuttle is called and I watch as a plasman is executed on sight because he is in command part of the shuttle in front of a console
(He was a traitor at the end screen but didn’t had warrant during the murder on deck)
The thing is that with the HoS and Cap a medborg named Medical Cyborg-30 attack the plasmaman Silver I with a surgical saw too, greatly helping in his death before end of round.
Once the victim is dead some peoples ask for the borg to states laws because he fucking murdered a man :
Seing he broke law some peoples tell him he made a mistake, the cyborg’s answer :
“I don’t care”
This one clearly have broke law too and don’t show a single regret while facing his wrongdoing.

I need to add that while my killer could have been a noob not seing that his laws were changed (because at some points they had modified reporter “LAW 3 LOGIC IS HARMING THE STATION ENGINEERS”).
The medborg one was unsynch and with reporter lawset native, so no excuses even from the compliant me.

That’s all, hope we won’t see them as borg for a while, I’m so sick of borgs (and fuck secborgs) using AA to break laws.

Also I originally made this post with a screen for each important accusation, but I can only post one media so, uh.

i think we both got greifed by the same dude that round and i made a greif report about the same dude with screenshots. i hope it helps you too cause thats dude really pissed me off. 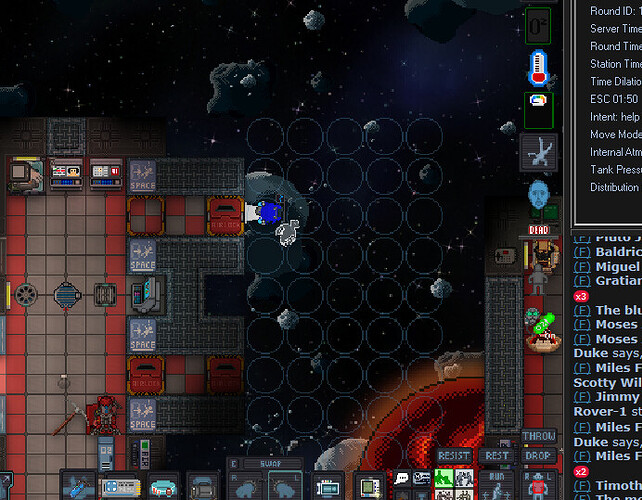 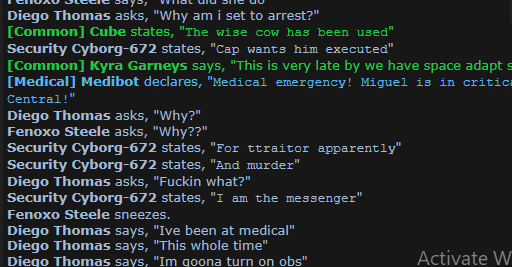 yep it was the same borg. here is screenshots of him telling me i had warrants for murder and then does the same thing as you describe. i hope this help you out.