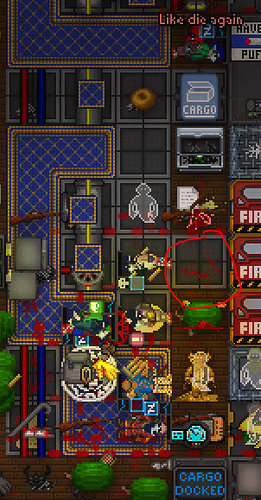 It was not my intention to kill the ERT, but yea it was a terrible move. Lotta damage to friendly’s and not that much to cultists. But a week long ban for this seems too long.

Appeal is partially accepted. Since it seems like you didn’t intend to do this maliciously, I have reduced it to a 3 day ban from the original ban, which is just over a day as of right now. Though please be more careful when you pull maneuvers like this next time.