I get banned for leaving after getting a note? 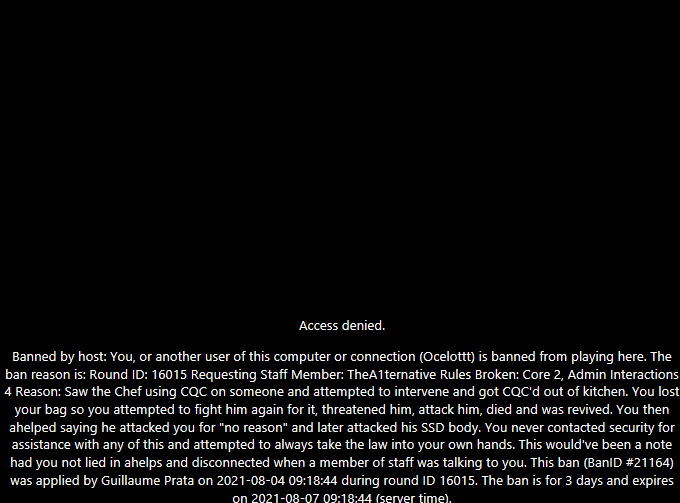 You repeatedly started fights with other players after referring to yourself as the “minister of greytide”, so I have a hard time seeing this as anything but grief/ being a dick for the sake of it. You said he attacked you for “no reason” despite the logs clearly showing you started the fight- that’s the part that you got in trouble for lying. Whether or not a bag was stolen (which, for the record, we check by looking for the verb, not the name of the item) is somewhat irrelevant to this. Lying in the ticket about why the fight started would have been enough to earn you this ban, so the rest of the points here are pretty moot.