On a normal med round, Crux, a fellow MD - thief, decided that they wanted to make my day objectively worse and succeeded at it.

Starting out they just sent me weird PDA messages, which i ignored until later in round when i told them to fuck off, after this happened: 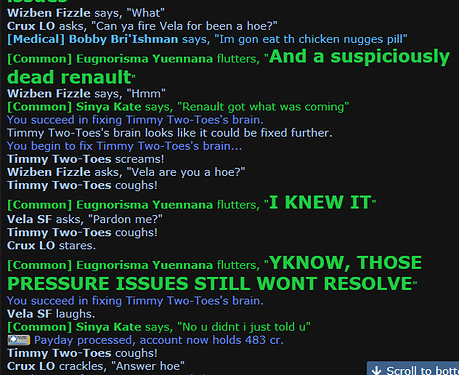 After which i avoid them as much as i could, but they still found me and shot me with an energy gun on disabler mode, again, with zero provocation while saying “cope harder” (sadly dont have logs for that)

I wouldnt write this patrol if after the round ended, Cure, who observed the round, sent me these:
After me reporting to hos that they had a gun:

And also they just called me a hoe whenever they could, i dont think they ever referred to me normally:

Im just tired and want to play my game in peace without people being rude and annoying to me for no reason.