Is fulp updated or what

We updated to the TG version just before the intents got reworked: 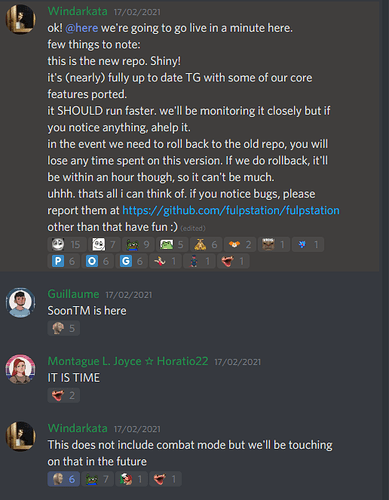 Well they need to update it again because combat mode was added and thats a big change. especially since its a beginners server and if any beginners join they should learn to use the new intents system instead of the old outdated one. the new combat mode was meant to be simpler so that it is easier for new players to understand. But it takes them so long to update its probably gonna be months before they update to combat mode.

the coder monkeys are working on it

Actually it might be very soon, one of the Contributors is working all day every day for the past while now getting the update ready