How long have you played on Fulpstation?
Too long 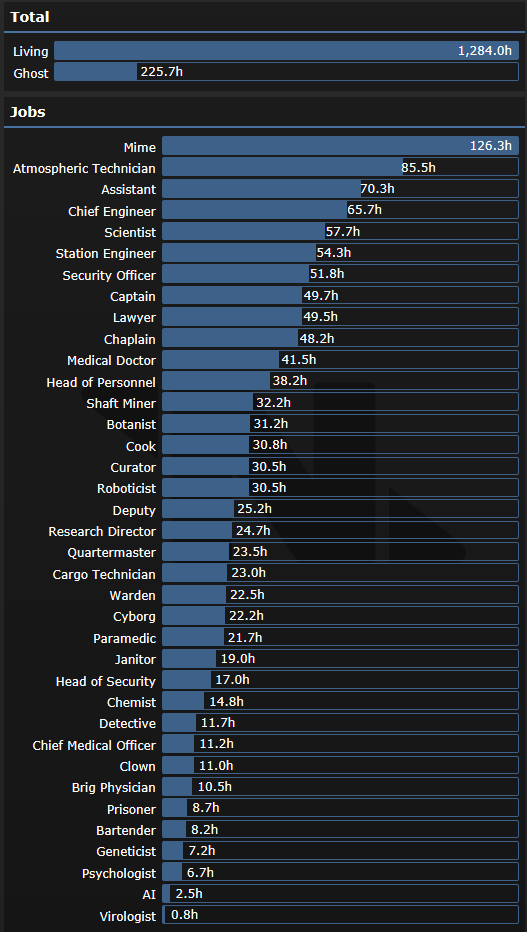 Medical:
I can revive just about everything, chemistry is wizardry, but I use a fuckton of SR on most rounds

Cargo:
I suck at doing fauna coz I don’t wanna get used to playing with OC ping but I can do the rest of cargo pretty proficiently.

Sec:
I play sec way too much and hate almost every second of it, but keep coming back for some reason.

Engineering:
Expect a new atmos guide in the next month or 2 if someone doesnt beat me to it :)

Science:
I can do just about everything but toxins as I havent tried it since the first atmos can update, but I used to be the toxins boy on austation a year and a bit ago. I can make nanites that use every benificial program with a death announcement setup using nanite rules etc. Xenobio, robotics and genetics are easy, no explanation needed.

Are you interested in becoming a mod?
As soon as possible, I don’t feel like there’s much for me in being a mentor, if I didn’t want to mod, id just go for contrib and learn how to do fun things

What are some things you’ve noticed as a player on Fulp?
Not enough OCE staff

not had any negative interations with Jed so +1 from me

hi jed is me opias

this man is very annoying +???

I suicide when I see them in game +1

We really want the admin team to be 100% on these underaged mentor apps in particular, and at the moment we aren’t on this one. Feel free to dm one of us for further details if you’d like them.