(sorry, I’ve always wanted to use that as a title for something) 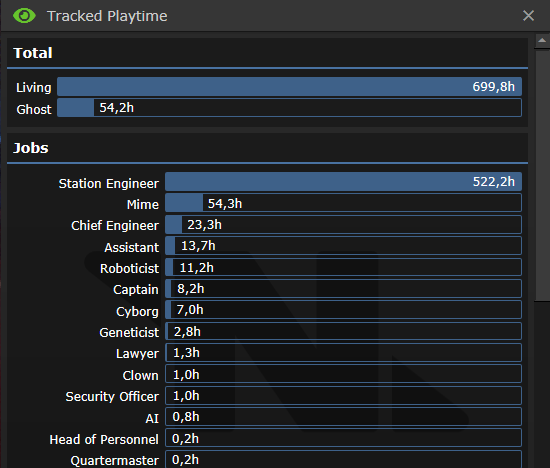 I have a good understanding of the majority of jobs through observation, player interactions, asking questions, reading and spawners.

While not having received a note since the end of 2020, I am genuinely terrible in arguments on Discord. I drag them for far too long, I hardly give up, I can’t convey my arguments to some people, especially the ones that join in along the way.

Why?
I have a rough idea it’s because of the way stuff happens for me irl, I care about arguments too much - might come off as a surprise that I immediately care more exponentially depending on if I like/respect the people I’m arguing with.
I also feel like the partial language barrier or my communication skills in general makes the way I phrase some stuff annoy or offend people not on purpose.

Can it be fixed?
Probably, and I will try my best.

Isn’t this just an elaborate way of you continuing these past arguments for whatever reason?
God, no! I just wanted to show that I do notice, I do admit to, and I do care about the problem. And what better way to do this, than to refer to the reason my last application failed, and do it in the section of the template, last time I completely forgot about…

I wouldn’t normally leave negatives on these apps, but clearly this is something you need pointed out to you. You need to take these things at least a bit more seriously. With a title like that I don’t even want to consider this. This isn’t even the first time you’ve had this brought up to you though. It isn’t a requirement to be dead-serious about absolutely everything to be a mentor but we at least prefer for the mentors to have the maturity to see where a joke is funny and where it is just unnecessary and irritating. -1

You reacted horribly to your last one being denied and went out of your way to blame Pucci (who would be in charge of you) for your app being rejected despite it being a unanimous decision amongst the admins without his input. It shows a lack of maturity and unwillingness to take responsibility for your mistakes on your part, which is something we look for in mentors, especially with those under 18. Between that and DMing admins whenever things don’t go your way, I have no desire to actually consider this app. -1

I really thought the 1 month delay and prompt to re-write the application was meant to make me try to improve. Apologies, and I’ll change the title just for the sake of clarity and not making my clown shoes even bigger.

We have high standards for our mentors and at the moment they aren’t being met here. In the future if you feel like you have improved, you are welcome to submit another app.