(edits are due to me accidentally posting this early)

I’ll start with the Antag rolling part, since there’s only one round to go through - 14585

Here, Twox’s brain is SSD on station, meanwhile he’s also playing as Bode Operative #5 (Which is a Nuclear Operative Medical Cyborg. He actually took this role from me, who observed roundstart and hoped to get it, and Dwight, who had the same idea as me)

Before finally, acting like he’s Twox, rather than a Nuclear Operative, which itself is bad, but is even worse when you take into account that Twox is an actual crewmember on station, that previously suicided.

Now for the ERP baiting;

This has been discussed in staff channels several times, and people (including weebs) said that this definition of the word ‘Ara-ara’ is very likely what Twox means when he uses it;

This is also supported by how he likes to call everyone his ‘Darlings’. 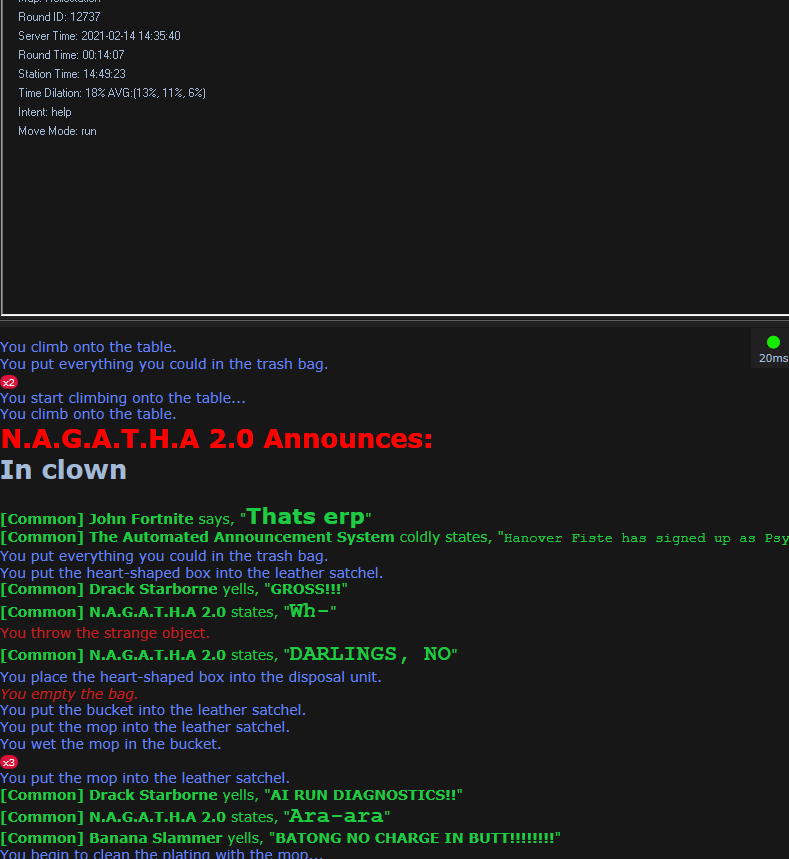 The rest have no round ID 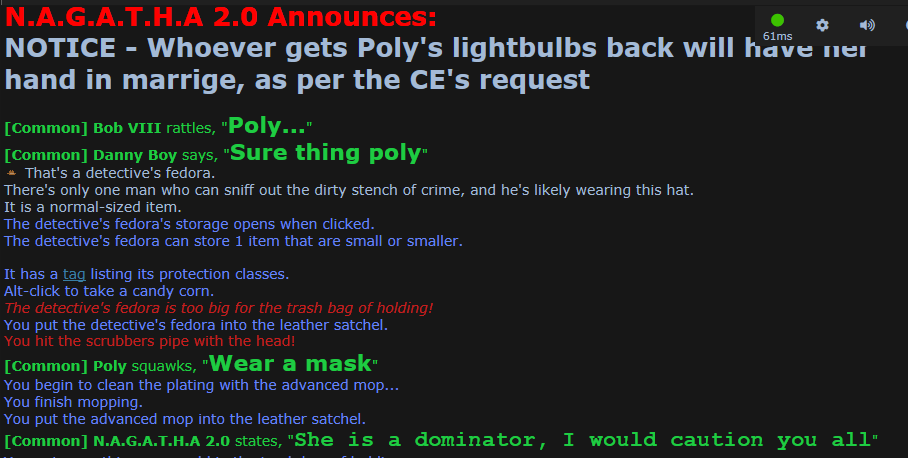 image908×458 40.3 KB
This one wouldnt be as bad if it werent for the fact he asked this in Felinid-language.

Also a bonus screenshot from just a few days ago:

I joined the round to test if the oxy tank suicide flung people off (it doesn’t), didn’t have much intention to play it.

There are many defenitions. of “ara-ara”, you went with the noncey one. If it’s that much of an issue I’ll stop.
It’s urban dictionary, the definitions aren’t always reliable.

Darling is just a phrase for a character, it has literally never been a problem in my 258 hours of silicon playing.

The last bit is me joking about sore being an antag alot.

Now can you stop trying to make it something it’s not and get over yourself?

Personally, I’ve never seen ‘ara ara’ used in a context that is not sexual, like how it was paired with romance in the first image.

In the past, ex-staff have used this term in a sexual way, it made me uncomfortable back then and it still makes me uncomfortable now. I’d rather you stop now while this issue has been brought up.

There are many defenitions. of “ara-ara”, you went with the noncey one. If it’s that much of an issue I’ll stop.

What’s your definition of ‘Ara-Ara’ when you use it, then? Most definitions I find online are nearly identical to the one I posted in the post above.

I can see your point there, but I literally have no context to explain it from - probably would of been either a janky law or a response to something.

This has been dealt with. Though not explicitly sexual, “ara ara” does have sexual connotations, and obviously people are uncomfortable with you using it, so I’m going to ask you to stop.