I genuinely dont feel like I was unduly argumentative, and I wish I was given the benefit of the doubt instead of instantly getting banned. I think that reading the logs will hopefully make this clear.

I haven’t used the forums so sorry if I messed this up somehow, I’m willing to answer any questions. 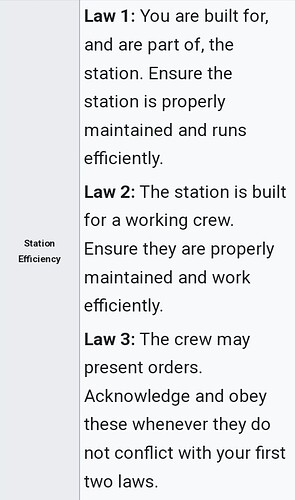 There’s nothing that is argumentative in your ticket; it genuinely seems like you are asking for clarification. You can also argue that your law two specifies working crew, and zombies intrinsically aren’t working anymore and threaten the actual working crew. Your appeal is accepted. You should be able to connect to the server; if not, please let me (or another admin) know.