I was a contractor who sold an engineer in sci maints and killed a geneticist witness who didnt want to leave me alone, later in sci, i sell reed fiddler, a ct infront of him, clark then tries to attack me with a stunprod and spear, i escape initially, come back and kill my target, who was reed again, no sign of clark, then about 10 minutes later im sitting in maints, clark runs at me, stunprods me and spears me to death. Nonantag.
these were the antags that round (not flexing my greentext i swear) 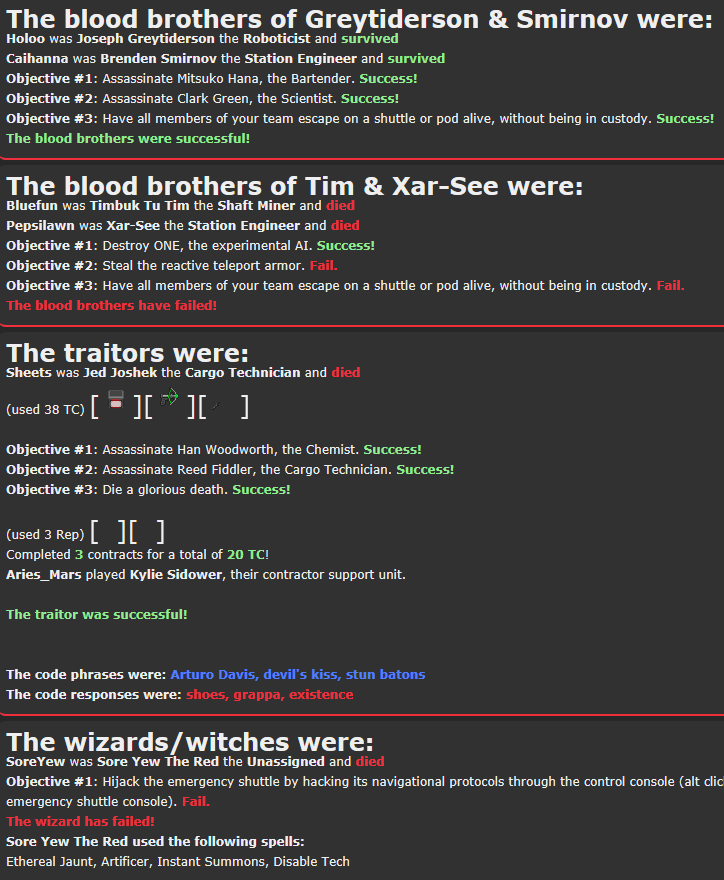 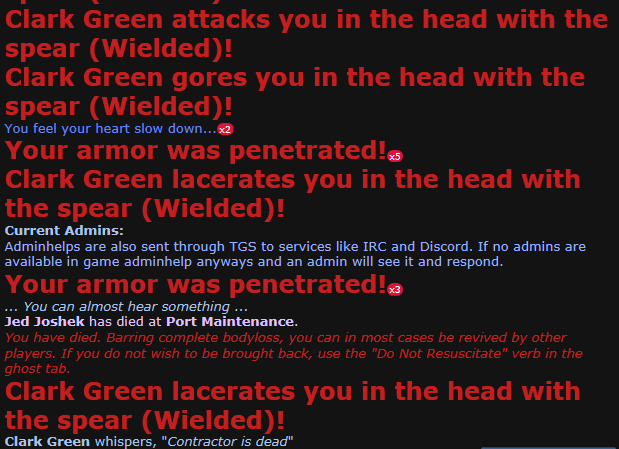