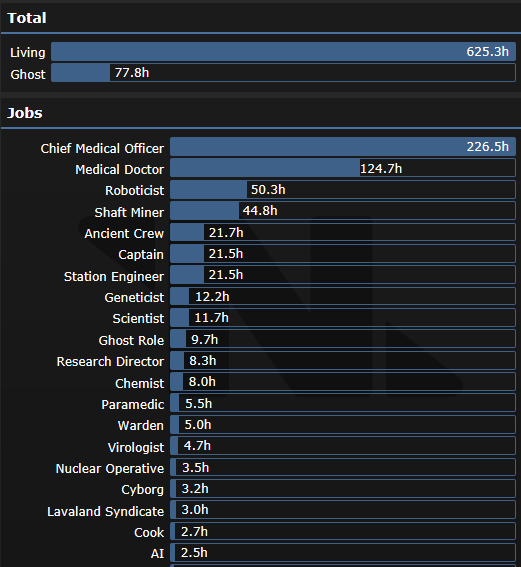 Medbay: I have a few hours in medbay, and I think I can heal bruises? In all seriousness I’m not going to say that i have extensive knowledge of “every” aspect of medbay, but I’ve come fairly close.

Science: I can effectively teach xenobio, toxins, robotics, and genetics. (including CRISPR, which never seems to get used for some reason.

Engineering: I know the basics of construction, can start the SM, build an SM from scratch, and do basic atmos stuff.

Cargo: not much experience, I know the basics, considering that the basics are loading and unloading crates. Though I do have a fair amount of hours as a shaft miner.

Security: Little to no experience, I’ve played warden like twice, and that’s the extent of it.

Service: I know how to read wiki’s to cook food.

What are some things you’ve noticed as a player on Fulp?
A lot of extremely new people start on fulp. Like, so new that they don’t even know how to switch hands. This of course makes it difficult to teach people department related things, as your time gets taken up by the specifics of a very obtuse control system. Despite this I like teaching new people from scratch, because watching them react to the absolute insanity that is this game is wildly entertaining.

PS: its my birthday, have some cake! 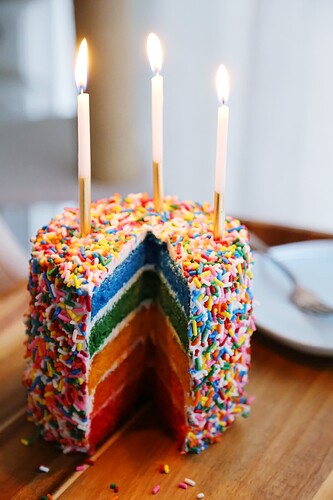 +1 Good CMO one of my favorite people to see in medbay. Member of the awesome MedPop band Synthflesh, come see us on our 2022 tour, tickets on sale now

+1! Great player all around

This app is accepted! Welcome to the team!