What happened:
Over the course of the round someone joined as a plasma golem an innumerable amount of times, set themselves on fire, and walked around killing people. Later after a mech was made to deal with the golems, the same golem from before took control of the mech, killed a ton of people in medical, after they were stopped they took a plasma golem body, and bombed medical.
Unrelated but also important a borg Default Android-585 announced a screen covering roblox copypasta using the command console. Following the final defeat of the golem the server suffered massive lag spikes and general lag, possible ddos. 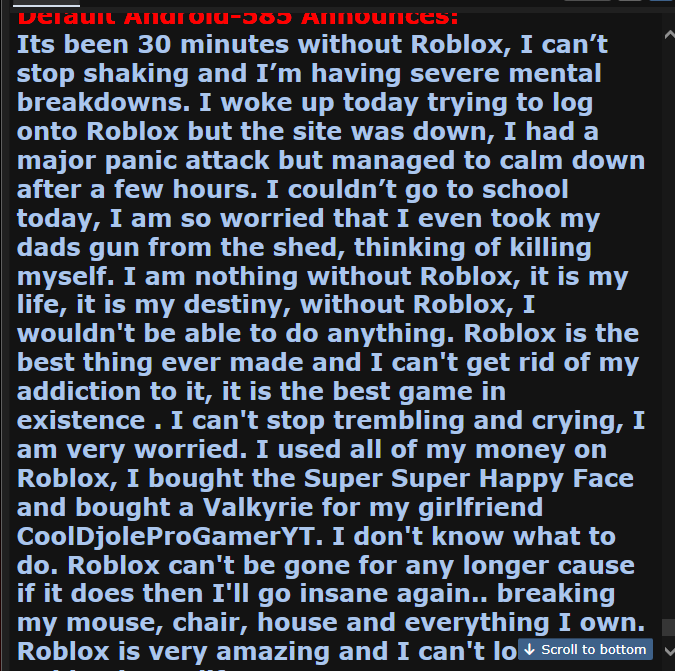 ok one of the ckeys were identified as crossroads as they bragged about it in ooc afterwards with some… choice words.

To add to this a bluespace golem and another golem tried to kill me in the chapel with a circular saw and pepperspray while i was drawing.