What happened: I’m not sure which round this started, but this is the second time it’s happened.
this round Nancy as hop called me to her office to fill out “paperwork”, the captain passed by me and told me to go but I made a joke out of it saying “I will if you can catch me” but he used his telebaton on me and dragged me to nancy’s office, when I arrived she gave me a valentine that said something to do with cuddling or something which made it awkward, I tried to make a joke out of it then she started sending these announcements publicly: 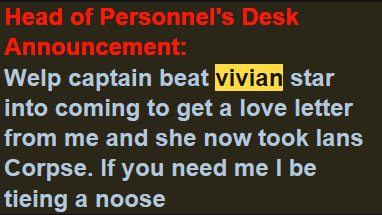 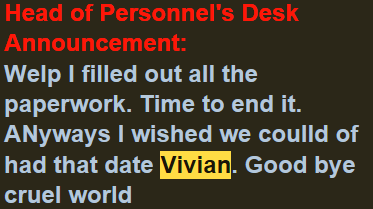 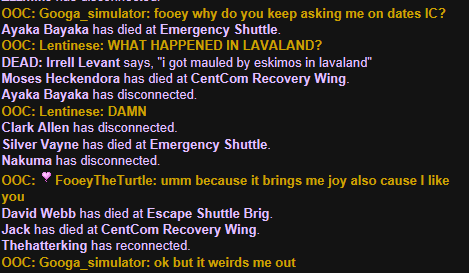 Dealing with this. Thanks!