So lets talk about a certain admin

Well someone had to do it, and she already hates me so might as well be me, I already plan on possibly leaving the server so I’m fine with having a target on my back if this goes wrong, so, well, here goes nothing. Staff reports are private, and I realize that is what this should be, but this needs to be a discussion and I promise she would just delete it anyways so I don’t care, it’s going here.

Let’s talk about a certain staff member. We all know her as Heratio, but I know her as the only staff member on any discord server I’ve ever been on that I have blocked. I’ve been staff on so many servers before, and in that time, I have never seen a staff member be so appalling in so many ways and still get away with it.

My memory is pretty famously not the best, which is why I’m even posting this here, so others can post their thoughts too, as even some of the things she has done to me specifically, I don’t remember. But I will try my best to back up what I say with proof or links, so bear with me, and if anyone has anything to add, please do.

First, let’s start with my very first interaction with any member of the server period. It was with heratio, where, admittedly, I did have a profile picture that wasn’t great because I changed it to spite someone, and forgot to change it back, but was still in no way nsfw, but she immediately banned me from the discord server, and banned me from felinid on the server “to nip this in the bud before it becomes a problem.” Banning someone for something that hasn’t even happened seems a bit much, and apparently other admins agreed with me because I was unbanned not too long after. However since then, she has done nothing but jump into conversations to insult me and bully me. I recently posted a mentor application, and got some actually good feedback, but some feedback was meant only to bully me, which is ironic because shortly after, it was stated that “Your personality in Discord feels unacceptable, especially with plans to become a role model for the community” when a few posts before, Heratio had said to me “Honestly I would rather stick my arm in an industrial garbage disposal than accept this app” and mentioned how I “was an abomination” because of something that I have not a single time ever brought up to anyone, either on discord or on server, and yet somehow is the basis of her hatred towards me. For those disagreeing with my previous point, I challenge you to find a single instance where I brought up anything remotely related to anything sexual or fetish related, save for my steam profile which I didn’t realize showed up for non-friends, and has since been fixed. And no, my profile picture does not count, as that is absolutely not nsfw or fetish related in any way, and my ckey is something I have offered to change, and was told to not bother.

SS13 is a game I really enjoy playing. It can make me frustrated, sure, but I’m working on that, and even so, I try my hardest to improve the game. Part of doing that is coming up with ideas to improve the game, which for an open source game, is very important. But, while trying to have a genuine discussion about something I felt needed fixing, and remember, this is my opinion, and I wanted to discuss it and hear others opinions, this is what I was met with. This is extremely rude, and absolutely unacceptable from someone who is supposed to be in a leadership position. Disagreements during discussions is the norm, as bouncing ideas back and forth is how things improve, but that… That helped no one. It was meant as an attack, and it was absolutely not necessary. When I am bringing up valid points, disagreeing with me is fine but this is not and discourages not just me but other players from making this community better. And when called, she blatantly admits that she isn’t trying to discuss things. I am a coder, and I have stated many times that I am willing to put in work to improve the game, but not if this is how that is met. Her behavior does nothing but hinder the experience for others.

Now, as I have stated before, I like discussions. So I encourage other people to state their thoughts, not just in support of this, but also in opposition. So please, discuss this, but remember that attacking either her or me is not helpful. Please support points with proof if you can, and try not to devolve into name calling or memeing.

I stopped at the third paragraph no offense lol. Just let it go, it’s not worth spending this much emotional energy over some spessman 13 admin, just focus on you & enjoy the community for what is has to offer. Everyone’s got different life experiences & they all handle things differently. Being an admin can be very emotionally draining. One of the ways that this server helps with staff retention is the freedom that the staff have in regards to community interactions. They aren’t “getting away with it”, that’s what’s accepted & promoted here by pretty much everyone. Your idea of what an admin should be or act like is biased by your views. If ya really don’t like it here I suggest you find a different community lol. Ain’t nobody perfect Sakura, just look at the clouds & take a nice breather. 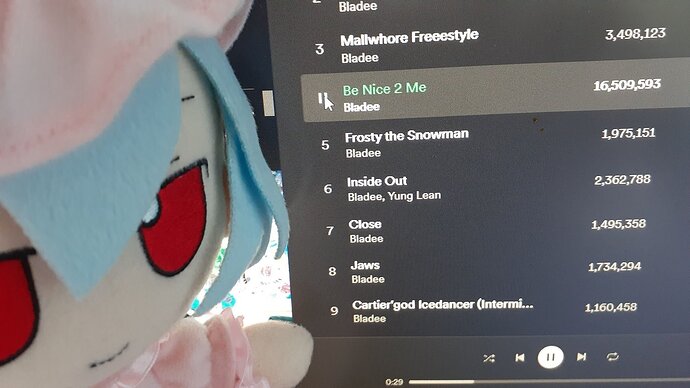 Who the hell is Heratio?

You are, very conveniently, leaving out that your profile picture was a diaper cub - not something as innocuous as you are implying, and definitely a sexual thing for you considering, as a mentor pointed out to us, your involvement in the"Fluffy Bottoms Gamers" steam groups and several diaper/ cub fetish groups.

Yes, I think that someone with a sexual interest in children does not belong in a server that has been specifically cultivated to protect minors in the community. If people who sexualize children don’t feel welcome here, I’m doing my job as an admin.

Take this feedback with a grain of salt since Horatio is my wife, and I’m coming at this from knowing them as an actual person, not just a discord mod.

The grossest thing about this entire post is either your blatant lies or cognitive dissonance about your fetish and display of that fetish. While I have not seen you actively target minors or SPEAK about your fetish (aside from your atrocious defense and petition to display your fetish on your profile picture) your presence and openness about that fetish is the problem. Your sexual fetish involves the sexualization of minors and bodily waste. You openly display this fetish on your discord and steam profiles. We have a server open to minors. You are going to be discriminated against by our admin team if you are sexually interested in minors, sorry. We have community standards and TOS to uphold. I can’t stress enough to anyone reading this post that the one of the primary reasons for sakuras discord ban and objection to their mentor app was their blatant and proud sexualization of children.

The second point is in regards to your defense of the “green shift” discussion. The reason you were being “bullied” in this discussion was your failure to understand basic concepts of RP and in-game world logic. You showed a fundamental inability to grasp basic ideas and objections people were presenting to you in terms of the flaws in your thinking. This lack of critical thinking skills is what was being highlighted, not your willingness to bring forth new ideas.

Finally, not to white knight HORATIO, as if anyone has the right to be mean to her, it’s me. She gets a ton of flak as an admin because she is very upfront about rigorously upholding community standards. Having literally written the rule book, I feel she has the right to enforce those standards. She also definitely gets things wrong sometimes, which is why we have checks and balances in regards to staff reports and ban appeals (as you have experienced with your ban being appealed).

This whole post is almost laughable in an attempt to disrupt the community staff organization, and with your only points being “I was bullied for fetishizing children, and bullied for not understanding criticism” I feel you hardly have a leg to stand on.

I always try to not be super biased since SS13 has a really wide community. But I’m actually having second hand embarrassment from this.

Banning someone for something that hasn’t even happened seems a bit much, and apparently other admins agreed with me because I was unbanned not too long after.

This isn’t anyone saying the ban was wrong it was you correcting the issue of having a bad PFP so we gave you a second chance.

“Your personality in Discord feels unacceptable, especially with plans to become a role model for the community

Could not be more true, instead of handling this with a staff report and following proper channels to get your issued dealt with you decided to make a slam post. Then encouraging other people to participate in a slam post.

My memory is pretty famously not the best, which is why I’m even posting this here, so others can post their thoughts too, as even some of the things she has done to me specifically,

Now, as I have stated before, I like discussions. So I encourage other people to state their thoughts, not just in support of this, but also in opposition.

This has worked for exactly 0 people in the past. I feel like you’re not going to be able to handle being apart of our community for this toxic behavior. So I’m going to be banning you on the forums server and discord it’s just not working out for us. Making a post to specifically bully a staff member and encouraging other people to do it to is wholly unacceptable. I understand you’re not happy with your mentor app response but I’m also not really sure what your expected having less then 100 hours being put in the shed on 11/2 and being combative to staff. Also the whole we don’t want a furry pedophile on the server that’s all ages. RIP