This has been 1-2 days since Maxim’s antag unban (I didnt see him on fulp at all during his ban, either).

He has already given us 3 cases of him antag rolling, which if you havent seen the first grief patrol, what’s said there will apply here too, so it will be important to read that, too (Maxim Wentzel - Antag rolling)
But basically, he suicides on nukies, purposely dies to lavaland fauna and DNR’s as miner if not antag.

12678 - Immediately dies and DNRs after his antag ban is lifted. 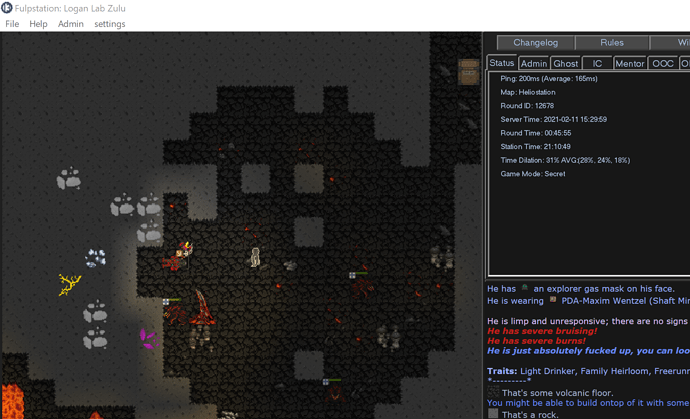 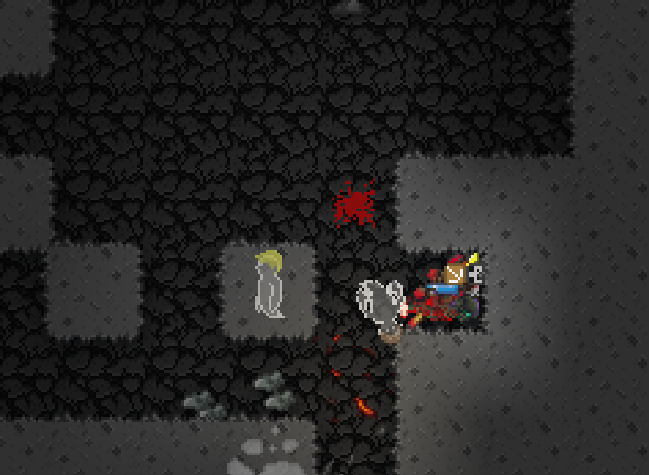 12698 - War ops round, he very likely oxytank suicided, as his brain ended up in disposals (first image), then he rolled clown op reinforcement (second image)

It looks like you just want me gone, this is ridiculous, and you lie in some of those screenshots.
In first screen I wanted to have just a normal mining shift, but got tendril spammed, I didn’t roll any antag after that, and didn’t even try.

In second screen miner DID get me up, and I did play the round till the end afterwards.

And third time I was killing BDM for trophy to kill hiero, and almost did it, but got random legion wandering around, his skulls blocked my attacks and I was gibbed by BDM.

Somehow you complain that I am complaining about newbies on antags, but you’re doing the same but with a newbie in mining. I have little to zero experience with killing megafauna, and when I do kill it , it costs me a lot of heals, which I can’t just get while experienced miners will kill hiero without damage with their bare fists in 5 minutes in the round.

Somehow you complain that I am complaining about newbies on antags, but you’re doing the same but with a newbie in mining. I have little to zero experience with killing megafauna, and when I do kill it , it costs me a lot of heals, which I can’t just get while experienced miners will kill hiero without damage with their bare fists in 5 minutes in the round.

I have yet to see you die to fauna as an antag. I’ve also never seen you rush for a boss while saying you’re gonna “tank the damage”, instead of going for tendrils like you usually do, except when nukies declare war (which doesn’t affect mining since nukies dont go to lavaland), I’ve also seen you clear entire lavalands of all their tendrils, so it’s hard to believe you’d die to a single goliath.

Allow me to provide context for that first photo, as I was the one who took it.

This was took on the 9th, when Maxim’s antag ban was lifted. I saw him dead at the 25-30 minute mark to a tendril. The reason that I found this suspicious was that I saw 5 goliaths in the area and didn’t see any damage dealt to any of them. Given that Maxim admitted to covering up his antag rolling, I do not believe this is coincidence, as Maxim has the ability to clear multiple tendrils.

Granted, this could always just be a natural death and I’m sorry if it was.

Going megafauna as an antag for me (exception changeling to kill hiero) is a guaranteed death and lose of a special role. I did say Im gonna “tank the damage” because I had kinetic crusher, and all of the attacks did go for me first(second miner had two KAs) and no, I rush hiero regardless of declarated war, it depends more on who are the miners, if there are people who rush it every mining shift and succeed with only one medipen, I would try my luck too, if there are none, Im gonna go look for legion cores so I can have more chance in killing it.
And that time I cleared lava from tendrils, I was in champions hardsuit and succeeded in killing hiero, that was literally once I think.

@Mason Killing those goliaths would be a waste of time, I would kill one, and another one would respawn, so I went for tendrils, I almost broke one but got tentacle spammed.

This has been taken care of! Thanks for reporting it!